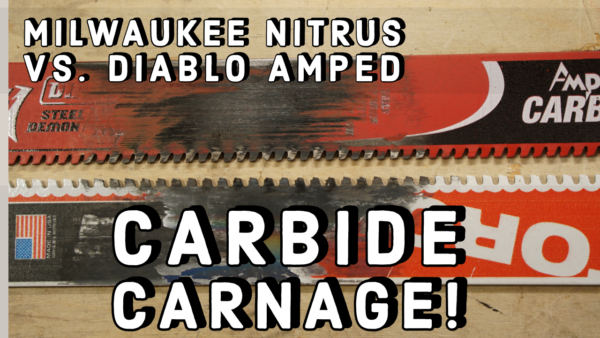 As a remodeling contractor I can tell you my life would be miserable without my reciprocating saw. Reciprocating saws are used at all levels of construction, they are probably seen the most in the remodeling and demolition stages of a project. While the reciprocating saw is just the “vehicle” to the demo, the secret sauce lies in the cutting blade, it’s geometry, tooth design, metallurgy and tooth count. 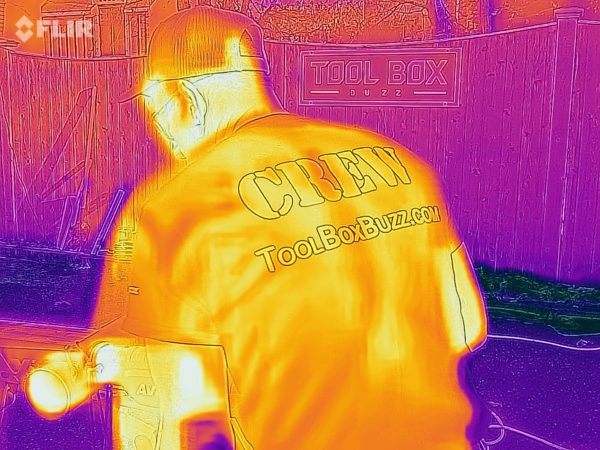 If you remember back in 2016 Milwaukee started producing the Ax™ reciprocating blade with Carbide Teeth. This blade proved itself as a beast when tackling nail-embedded wood. In 2018 they came out with a metal cutting blade called The Torch™ with Carbide Teeth. The Torch reciprocating blades featured an aggressive 7 tpi design with an optimized carbide formula to tackle the toughest metal-cutting applications.

Well now they have a brand NEW Torch blade called the The Torch with Nitrus Carbide for Cast Iron. It’s engineered to cut up to 3x longer than existing standard carbide teeth reciprocating saw blades. The new blades are designed to tackle even the toughest applications on the job like cast iron pipe removal. 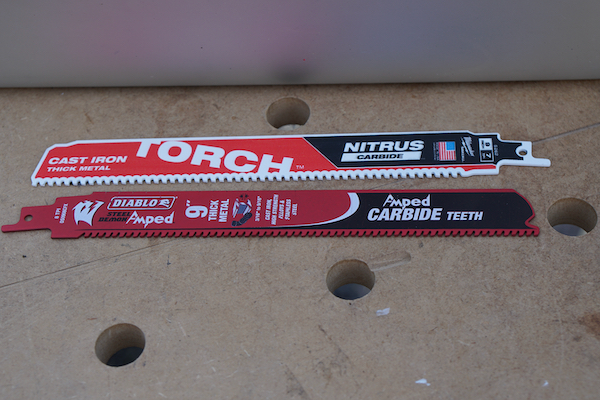 Recently , Milwaukee sent us a few early release 9-inch Torch with Nitrus Carbide for Cast Iron blades to try out.  We wanted to test them against a worthy competitor, so we asked Diablo for some blades.  Diablo is at the top of the linear cutting edge food chain. After all, they’re in the blade business, that’s ALL they do!

Like Milwaukee, Diablo’s linear cutting blades are specifically designed for the contractor and remodeler and provide high-quality results every time. We asked Diablo to send their BEST thick metal blade which I had previously used at their 2019 media event. This blade is called The Steel Demon Amped Carbide with Black Ice coating. These blades will be available later this year.

So you’re getting an inside look at two very NEW blades in a Head-to-Head test. No one else, except Tool Box Buzz, has both of these blades.

Where Are These Blades Made? 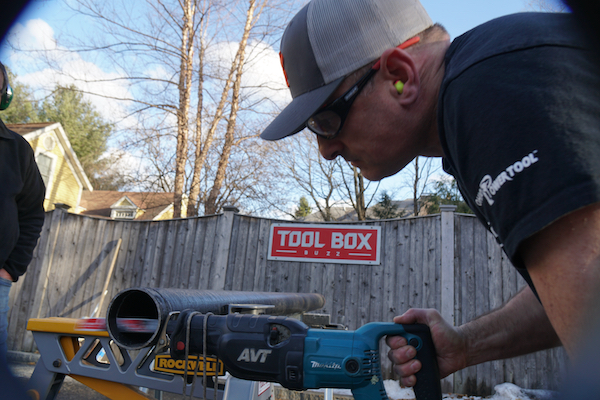 The number of teeth per inch (TPI), along with gullet size, width and depth of the space between the teeth determines the material the blade can cut. The Nitrus blades have a 7 TPI straight-tooth set design which allows for larger gullets between the teeth. In comparison, the Diablo Steel Demon uses an 8 TPI design.

The larger gullet space on both these blades allow for faster chip removal. Traditional aggressive metal cutting applications, like stainless steel, result in chips tending to gum up the saw blade gullets. In that scenario it is often where we see saw blade teeth tearing off the blades cutting edge. Saw blades with larger gullets like these blades are designed to reduce the tendency to clog or gum up.

Larger blades with a low TPI also deliver faster cuts, the higher the TPI the smother and finer the cut finish will be. 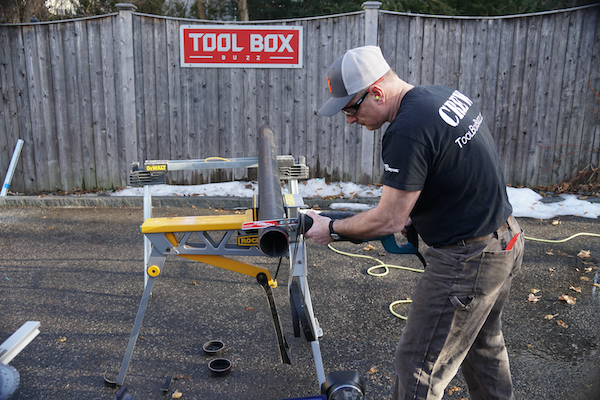 We wanted to be able to show the long-lasting, fast cutting capabilities of this blade. At the same time, we wanted to create a test that would really challenge the blades. On remodeling and demolition projects we often find ourselves cutting all types of metal from pipes, to masonry lintels, threaded rod, EMT, cast-iron water and sewer lines and of course rebar.

To evaluate for cutting speed and blade life, we chose two very aggressive materials to cut with. 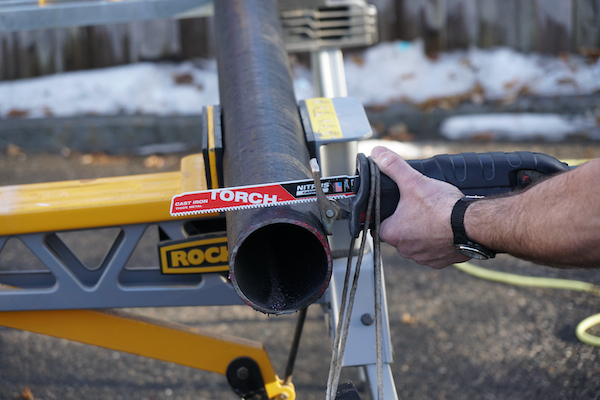 It’s important to note that this is not a durability test, more of a speed test. We decided to stop the cutting at 2 passes due the increased amount of time to make the cut. We want to point out that realistically most contractors would not tolerate a cut longer than 3-4 minutes in a cast pipe. They would change out the blade or look for a different solution. 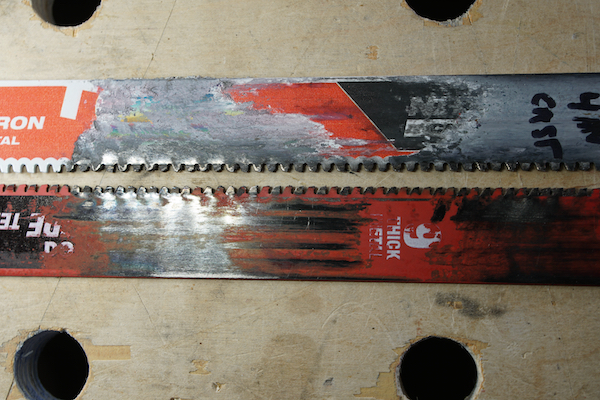 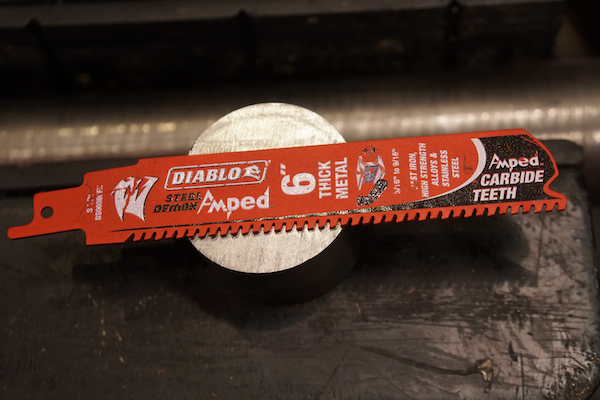 The important thing to note with the Diablo blade is that it lost very little time between subsequent cuts. [Approximately 3 seconds]

The Milwaukee blade was super fast on the first cut, but lost 30-seconds on its second cut. We called off the test on the third cut, due to the blade not advancing due to some broken carbide teeth.

The photo below shows the two blades after cutting the 4-inch solid cast pipe. 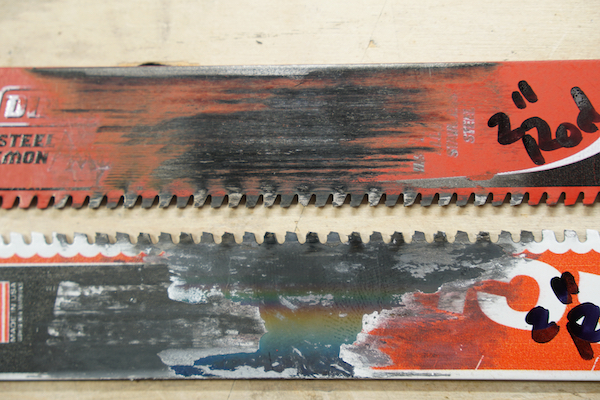 Where Do These Blade Fit In The Construction World?

These reciprocating blades were designed to cut metal faster than regular bi-metal blades in thick metal and cast iron. Designed to cut metal FAST, this blade is not a replacement for a band saw but an additional tool in your arsenal of job site cutting solutions. We look at it as a saw blade for pure demo and tight access cuts. Let’s face it, in remodeling and demolition the pipes are NOT always easily accessed for cutting. It’s in these situations that a reciprocating blade can better access an area better than a band saw or snap cutter. 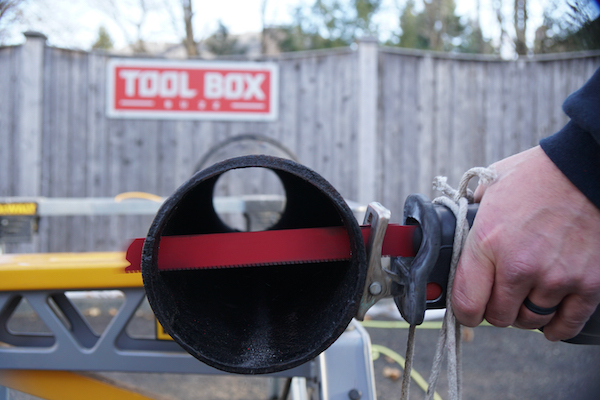 These blades are pricey but worth it. For seriously difficult cuts both blades will give you a few cuts before becoming laboriously long cutting applications. For smaller less demanding cuts, I’m sure these blades will dominate the job-site!  They can and will solve problems for us on the jobsite.

6” 7 TPI The TORCH™ with Nitrus Carbide™ for Cast Iron

9” 7 TPI The TORCH™ with Nitrus Carbide™ for Cast Iron 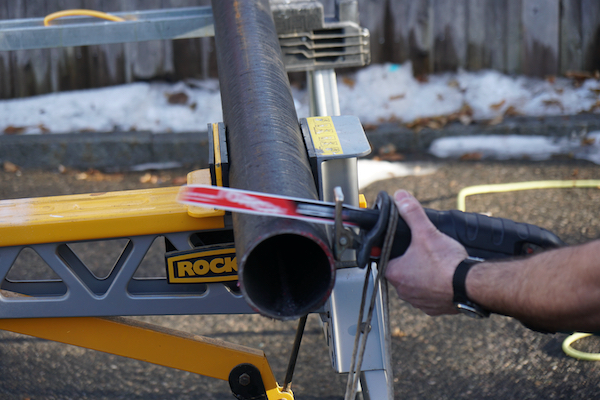 Are These Blades Worth it?

Yup! I was impressed by the toughness and speed of these two blades. For several years Diablo has stood ahead of the pack with their linear edge technology, and now Milwaukee has joined the party. 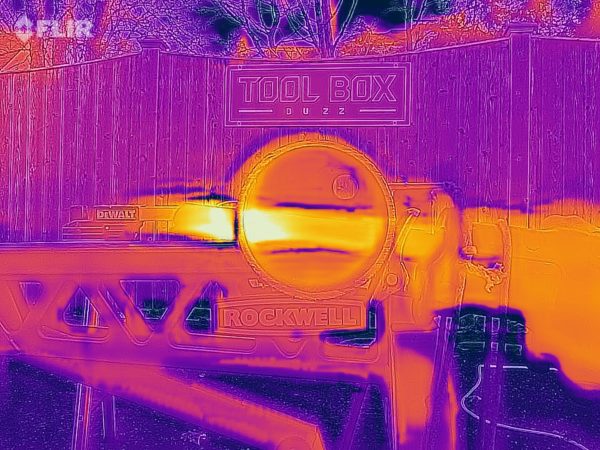 If you’re in the trades, I see both of these blades as an additional option to older metal cutting methods. They offer another possible cutting solution for difficult metals, and it will certainly improve your demolition efficiency. You need a few of these blades in your reciprocating saw box.