One of the biggest headaches for a tradesman working in a hectic jobsite occupied by multiple trades is keeping track of your tools.  Either you have a work area setup for your tools, which someone else suddenly moves, or someone borrows your tools and don’t tell you. Whats even worse is tools being stolen.  The attempt to combat such things has pretty much been left to having eyes in the back of your head.

Small But Not Pesky

Milwaukee has recognized tool inventory, location and theft issues by releasing their new “Tick” One Key device.   Milwaukee already had the tracking abilities within their One key cordless tools, and now its possible to track other tools as well.

The Tick is a small bluetooth device, mounted on a tool, that sends out a signal to your smart phone in order to locate misplaced tools.  The Tick is roughly 1/2” thick and 1 3/4” in diamater, and made of high impact plastic.

The Ticks look similar to security tags that are used in stores, and was designed so that it can be mounted easily via several methods: Linking To Your Smart Device

Linking a Tick to your phone One Key app is simple, and takes about 2 minutes which includes inputting both tool and user information.

Once linked to your smart phone, The One key app is capable of tracking the Tick device within 100 ft. It can report the last known location of it by showing both on google maps or a satellite view.  The app also can communicate with another phones on the One Key app, which broadens the tracking ability of the Tick. Milwaukee boasts that the Tick device can go anywhere and withstand mud, water, cold and abuse.I put these claims to the test, through a few tests:

I submerged the Tick in a 3 gallon bucket of water over night. The Tick was not negatively effected  in any way. The Tick device was still fully capable of being tracked by the app even while submerged

We left the Tick out for several nights in freezing temperatures which did not negatively affect the Tick. Ice however did compromise the blue tooth signal, which affected accurate tracking.

Though maybe a bit excessive, I drove over a tick with my truck several times while on asphalt.  This did not cause any damage, showing that the shape and design of the device provides adequate protection to the blue tooth chip and battery

I tossed a tick 15 ft in the air about a dozen times, and then checked the app. After the drop test, the app was no longer able to track it, however removing the battery and re-inserting can correct this. Sound Hardware-  Software easily fixed. One glitch I noticed right up front was inconsistent tracking when scanning for tick devices. One week later a software update was issued and the the problem was corrected,  Now it the software can provide real time locations

I liked that I was able to monitor the battery life through the app.

When checking the last location seen on Google maps, the app provides both a google maps and satellite view, thus giving me great tools to track it down and identify its location.

Suggested Improvements for the Milwaukee Tick

The Ticks batteries are too easy to remove and disable. Removing the battery eliminates the tracking ability and entire purpose of purchasing of the Tick for theft. To get around this we suggest hiding the Tick in locations to avoid discovery by would be thieves.

Overall Size-  Right now the current size of the Tick makes it them easy to spot when mounted on equipment.  A 35% reduction in size by would make it easier to conceal. Final Thoughts on the Milwaukee Tick

Milwaukee is definitley on the correct path with the Tick tracking device.  The techonology will save contractors money.  Im definitely looking forward to seeing how it develops and help aid in finding stolen tools, it will only get better as the one key network grows.With other tool companies coming out with their own versions , hopefully full cross compatibity will be realized. 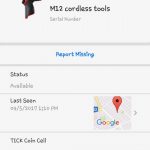 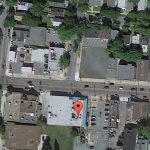 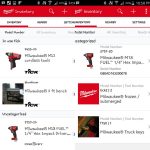 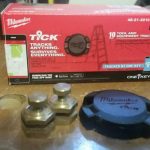 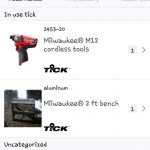 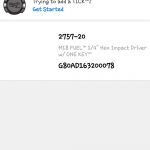 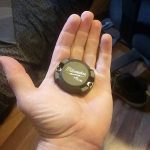 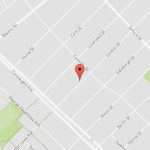 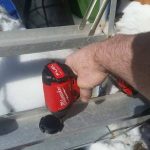