We reviewed the Milwaukee Miter Saw Stand 48-08-0551 back in 2017 and have been using it since. When we first look at this stand we noted that the new stand was definitely an improvement over their older version miter saw stand. 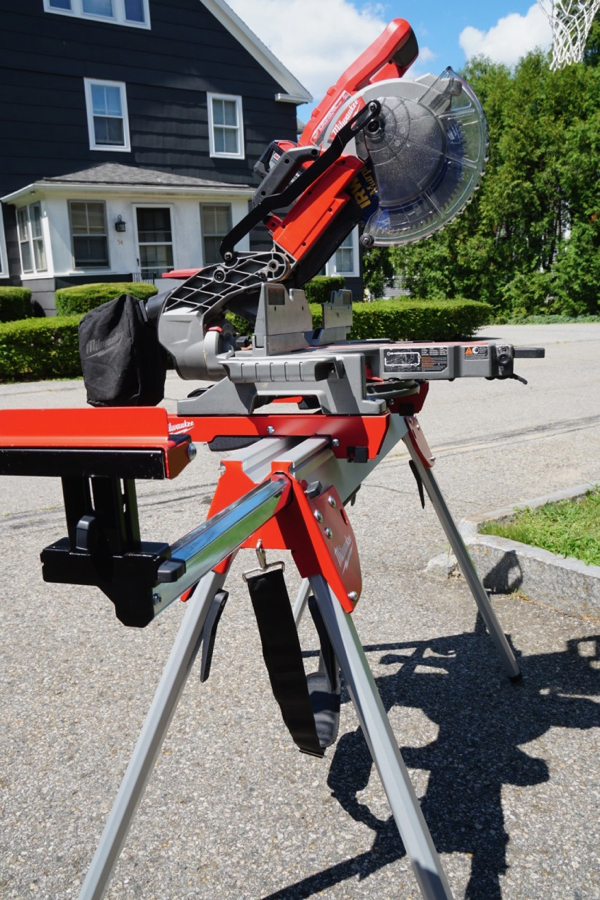 At that time, Milwaukee had improved the leg lock lever, making it WAY easier to open and close the legs of the stand. The new stand utilizes a spring-loaded lever, similar to the Dewalt stand, to unlock the legs one-handed.

Second, they improved the miter saw attachment bracket. The old bracket used a clamp and lock mechanism, located on the front of the saw. We often found this location awkward, and difficult to balance the saw and operate the clamp. The new stand uses a spring lever that allows you to clip and “pressure-push” the saw down, and into place. This spring lever is also WAY faster, and easier to release the saw from the stand.

Third, the material support ends rollers were replaced with a vertical support pole held in place with a thumbscrew. We noted that this screw was the “weak,” point of the connection. 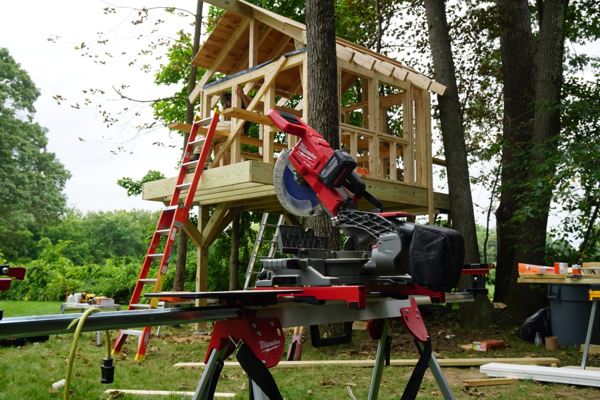 Lastly, we commented that they made the stand lighter and we’re offering a few cool accessories like a carry strap and clamp-on tabletop to improve the efficiency of the stand.

So in our review, on first appearances, they improved the design and cut down the steps needed to set the stand-up and get going.

How Is It Doing After 3 Years?

So looking back 3-plus years- how does it perform today? 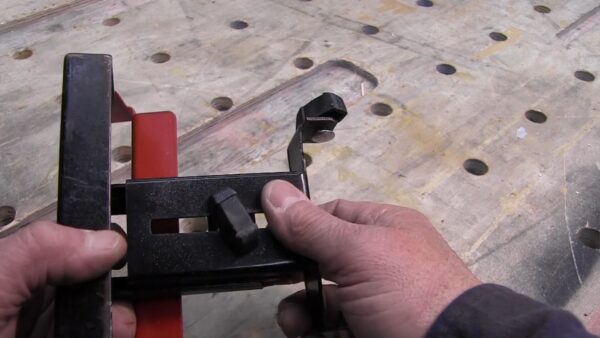 We called out the plastic knobs as cheap and a weak point. We were tight – they constantly loosen and the material support ends loosen as well. The bottom line is the support ends do not hold adjustment well.  We called this out in our review and were right.

Milwaukee should consider all-metal, aluminum knobs, or better yet levers.  At a minimum Milwaukee should be using the same lever attachment for the material support arms lock. 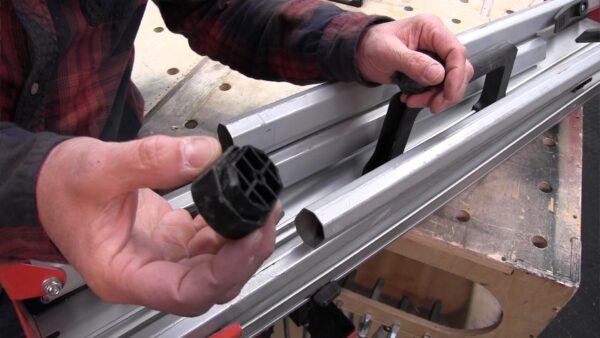 I used it when testing in the beginning but took it off after the strap got caught on other tools and shelving in my tool trailer.  I continue to use the handle which is well-placed and balanced. 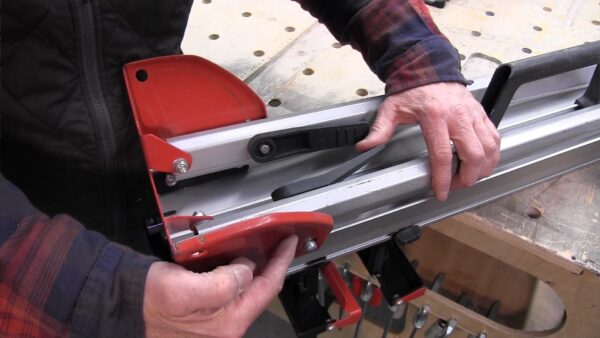 Probably one of the best features of the Milwaukee Miter Saw Stand 48-08-0551 is the four spring-loaded leg levers. We found these levers easy to use one-handed, and the pin had excellent alignment with a high tolerance in the metal locking hole. The legs swing in and out of the folded position smoothly, allowing you to open and close the stand one-handed. This feature is still working great today.

The legs have ABS plastic end caps to prevent the marring of floor surfaces. One of the leg caps is adjustable, allowing a leveling feature. The fitment of these caps is a ribbed style, friction fit. In our experience, these caps are the first thing to fall off and often result in the user having to tape them back on.

We lost two, had to re-order new ones, and then tape them in place. We noted in our review that dragging the stand will dislodge the plastic leg caps. This is still true today. This is another area of the stand that Milwaukee can definitely improve on.

Initially, I liked having the tray and found myself placing my tape and other items on it. As time went on it stayed in the trailer and eventually frond its way to a dumpster. The extra steps to pull it out, set it up, and store it again did not give an ROI on having a small table.

Looking back on this the table is a waste of time.

The Milwaukee Miter Saw Stand 48-08-0551 works well but at $239 should be better, way better. I feel we got this review right. We called out the major improvements, as well as some issues and time on the Jobsite, we got it right.

I need to be clear that this miter stand is still performing in the field and getting the job done. This stand can be found online at OPT – I’ll put a purchase link in the video description below.