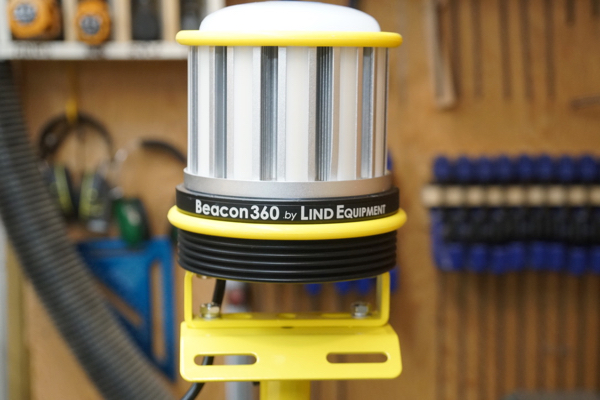 Recently I had a close call on my jobsite where a jobsite heater’s fan failed and the unit caught fire. That incident got me looking closer at how I could make my jobsite safer.

After replacing my fire extinguisher, I replaced my incandescent string lights. After that, I swapped out my Metal Halide wobble light with Lind Beacon 360 TREK LED Area Light.

Metal halide bulbs produce light by passing an electric current through a combination of mercury and metal halide gas, and are known for their efficiency over incandescent bulbs. They are also known for the quality of the light output. They typically have a very high color temperature (up to 5500K).

The negative issues I had Metal Halide Lights is that they have the longest warm-up period of any light on the market. Which is a pain when you plug in or need to move the light. Additionally, they have a short life span, expensive bulb. But the real reason is that they run hot and need a fan to keep them cool. This got me thinking of what could happen if that fan failed? 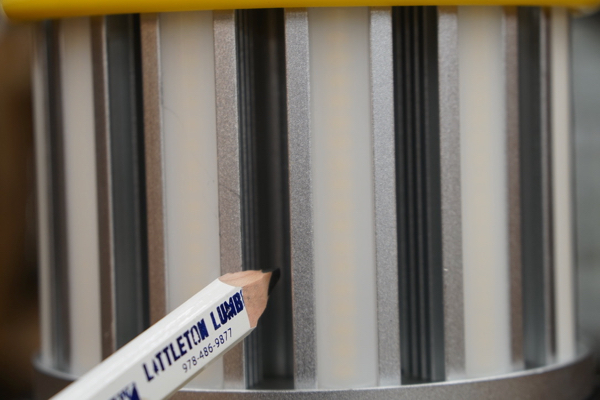 LED Is Faster, Cooler and Safer

The Lind Beacon 360 TREK LED Area Light is constructed out of a heavy duty cast aluminum housing and the LEDs protected in a polycarbonate and weatherproof lens. The lens is 6-inches in diameter, is 14-inches tall and weighs 10-lbs. It has a 14’5” long cord and reached the center of all the rooms we worked in.

This light has an IP64 rating, which means that the light is Protected from total dust ingress and water spray from any direction.

A huge part of determining a LED’s quality is how the bulb dissipates heat. LEDs give off less heat than your typical incandescent or fluorescent light, but they still create heat.

In order for the folks at LIND to achieve a 50,000+ hour lifespan, they needed to effectively and efficiently pull heat away from the LED. They did this with a massive amount of aluminum 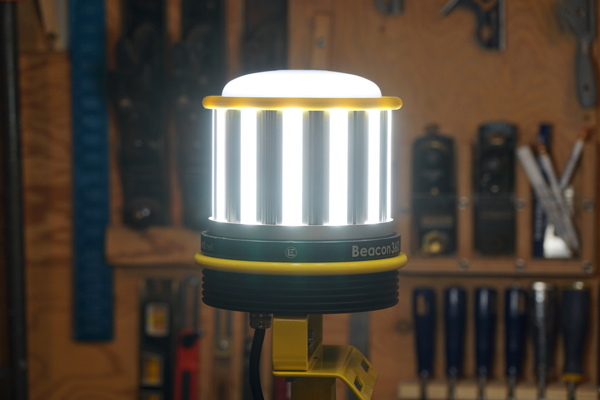 On high the unit emits 14,000 lumens and 7,000 lumens on low. The light temperature is rated at 4700 Kelvin [K] which I’d describe as a bright white light, with no blue tinting.

Color Temperature is measured in Kelvin (K). LEDs can produce white light in a number of “shades” or “color temperatures”

The lower the number, the warmer the light appears. Cool white light has been associated as better for concentrating, so it makes sense to make a work light in that color.

The LED array was engineered to last over 50,000 hours 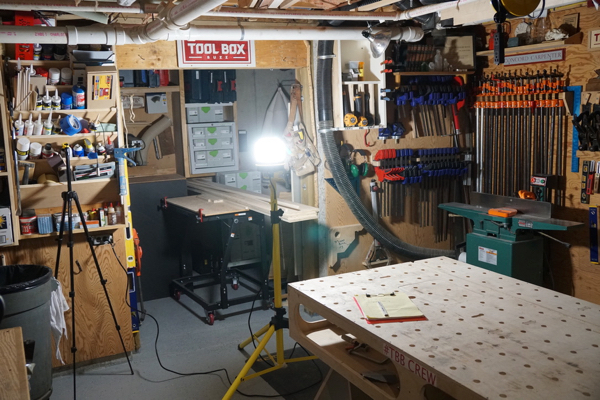 We’ve been using the Lind Beacon 360 TREK LED Area Light on our jobsite for several months. It is incredibly bright and it casts light in 360° and upwards. We like the light color and the LEDs brightness was more than adequate for all the trades we polled on our site.

The most noticeable advantage for is was the fast LEDs light up at start-up. It’s was instantaneous, there is no warm up or cool down period like Metal Halide bulbs.

We found that the LEDs produced steady light without flicker and also allowed dimming.

The Lind Beacon 360 TREK LED Area Light has several mounting options, that include:

Our unit came with a tripod and eye-bolt. The tripod is sturdy and easy to set up and adjust. 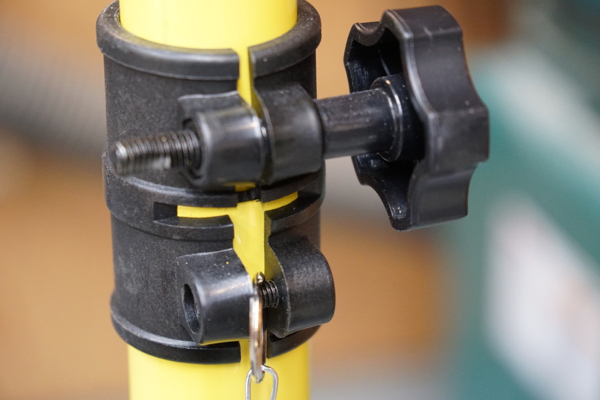 I don’t have any improvements for the actual light heat. The area that I think LIND needs to look at is the tri-pod. The tri-pod knobs utilize cheap plastic knob heads that in our experience are the weak link on tools stand.

Additionally, the light head slips over the top of the tri-pod and is locked in place with a plastic knob. We’d rather see a mechanical locking connection like a clevis pin.

One thing that might be helpful to users is a cord-clip lower on the trim-pod to secure the cord and keep it from lifting off the floor, and becoming a trip hazard,  when a user extends the light too far.

Lastly, there should be a case provided, to keep the lamp safe, and store the tri-pod. We ended up using a Systainer lined with foam to store the light heads, and secured the tripod in the trailer with bungees.

LED lighting has relatively high initial costs and low lifetime costs. The technology pays the investor back over time through reduced maintenance and replacement costs over time. 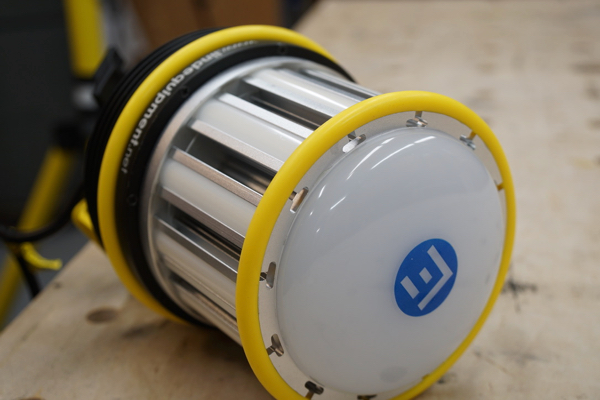 I believe there are some things that the saying, you get what you pay for, applies to. Generally, we have tons of products in America that aren’t worth the asking price and when that price is lower than expected you can bet the quality of the product is too.

The light is instantaneous, is not a fire hazard, like some other bulbs, and lasts a long time. [i.e., low maintenance]

We feel that the Lind Beacon 360-Degree LED Area Light is an investment. This one light replaces multiple string lights and provides bright, uniform light in a rugged, in compact portable design. 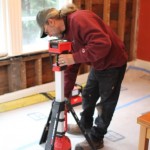 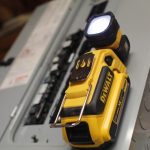