At STAFDA (Specialty Tools & Fasteners Distributors Association) trade show last month, Skilsaw introduced another new tool. It’s a brand new worm-drive beam saw. The call it the Super Sawsquatch (model SPT70V-11) but it is also very worthy of the name beast. This beast of a saw has a 16-5/16″ blade and can cut 6-1/4″ deep. For those keeping score at home, that’s a 1/16″ deeper than the Makita beam saw. The saw is outfitted with their 15A dual-field motor tied to a worm-drive gear box. It also boasts magnesium construction to reduce weight. We’re not sure what the specs are for weight yet but if it’s under the Makita’s advertised 32 lbs, I’ll be happy as a clam. With a saw of this size, it doesn’t come with a case, it comes with a stand that clamps to the shoe to protect it. And speaking of shoe, Skilsaw made the shoe of the Super Sawsquatch more robust to reduce being damaged. I cut tell you from personal experience, it’s down right scary operating a large saw with a bent shoe.

Look for this saw around March of 2018 for a very competitive retail price of $699. With its all-magnesium construction, blade-left visibility and die-cast magnesium foot plate, Super Sawsquatch is more durable, lighter weight, and offers greater accuracy than any beam saw currently on the market. Featuring a 6-1/4-inch cutting capacity, Super Sawsquatch can power through most engineered lumber, 6X and beams in one pass. An electric brake increases jobsite productivity and an auxiliary handle is included for added support. The saw also comes with a stand for portability and storage.

“According to Allied Market Research, by 2022, the engineered lumber demand is expected to grow to more than $41 billion,” said Jason Schickerling, Director of Product Development. “We’re committed to following industry trends like this to anticipate jobsite needs and manufacture tough tools that stand up to tough projects.”

About SKILSAW Power Tools
SKILSAW Power Tools, in Naperville, Ill., is a leader in cutting technology serving the professional construction market under the SKILSAW brand and consumer do-it-yourself market under the SKIL brand. SKILSAW Power Tools was founded in 1924 with the invention of its flagship tool, the SKILSAW, the world’s first portable circular saw. The invention of this saw also pioneered the use of worm drive gearing, Dual-Field™ motor and die-cast aluminum motor housing. Its successor, the SKILSAW Model 77 became the benchmark of portable circular saws changing the construction and home improvement industry forever. 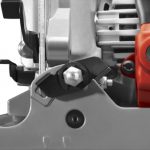 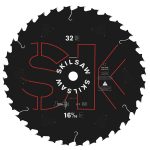 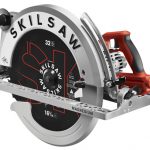 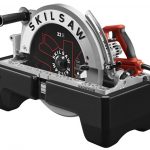 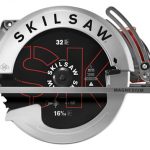 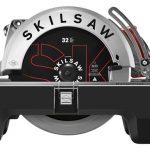 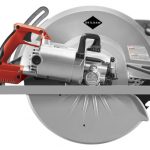 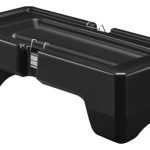