Weight: 57 lbs
The folks at Delta are working hard to get back into the game. They recently introduced the brand new CRUZER miter saws. The CRUZER has a unique, robot-like arm that allows the saw to perform similar to a sliding miter saw. Similar to the Bosch Axle Glide saw the CRUZER is unique to say the least. The CRUZERS robot-like arms are constructed of military-grade aluminum and we found them super SMOOTH! The CRUZER arm design folds, rather than slides, as you move the saw-head back and forth.

Heavy-duty bearings provide unparalleled smoothness in the travel, and we were impressed. Delta also built in a tension adjustment so you can select your personalized travel tension.

Also nice to see on the CRUZER is upfront control features that allow you to set FAST dual-bevel miter cuts.  An easy-to reach bevel switch lets you bevel 45 degrees left or right.  There are stops at the most popular bevel angles and an accessible override switch. The CRUZER we reviewed was the 12in. blade model, and boasts a 16in. crosscut capacity.

Note: You can achieve 18” if you take off the guards and fashion a wooden table to place below the wood you are cutting to achieve the 18 inch cutting capacity.

The saw has a dual bevel capacity of 47° left and 47° right with front bevel release and 7 positive stops at the most popular bevel angles. The CRUZER features a pronated, molded handle and ergonomic trigger that we found comfortable for right or left hand users. The 120 volt, 15 amps, brushed motor is powerful and we had zero issues using the saw to cut framing stock. An electric blade-brake slows and quickly stops 4000 RPM blade from spinning. The CRUZER weighs 57 lbs. It is 25-1.2” wide, 21-1/2” tall and 30” deep. It is not lightweight or small, I would describe it as more robust and sturdy. We set it up on a recent remodel and left it set up for the entire project. We found it to be a solid framing, remodeling and general construction saw.

We’ve been using this saw daily for several month now and like it. It was accurate out of the box and did not need adjustment, which is not the norm for many saws.

We were able to achieve accurate cuts and tight miters. The saw doesn’t have an LED light or laser guide feature. We’re not fans of lasers, but do like the work lights, and LEDs that cast shadow cut-lines. The robot-like arms allow this saw to tuck right up to a wall which is a great option for space saving, and we took full advantage of this in a small laundry room we were working in.

The saw has a 7-foot cord length which we found was adequate.

The CRUZER’s slide is impressively smooth and the entire crew LOVED the controls. As I mentioned earlier, the motor is powerful and this saw eats up lumber for lunch. After several months of testing we have a few concerns with this saw. The saw head spring is incredibly strong and we found ourselves having to “jerk” the saw down to achieve a chop cut. We reached out to Delta and were told that the saw head spring is tested to last over 1-million cycles and will loosen up over time. Lastly, we notice a little bit of side to side play when the saw head was fully extended. I will note that MOST miter saws have this, it’s a result of the full extension design. Even though we noticed this movement, we did not have accuracy issues, as I am always carful to push down and back straight. Force of habbit as a trim carpenter!

The CRUZER has a 1-1/2” dust port and comes with a dust bag that works as well as any other dust bag. When connected to a dust extractor it worked very well. Available in 12 inch or 10 inch blade models, either CRUZER will cost you approximately: $646.00

The Delta CRUZER is a solid go-to saw, especially on tougher job-sites with many users. As a trim carpenter this is good, not great, but when remodeling and framing this saw is perfect.

The robust design and power of the CRUZER is where its at! 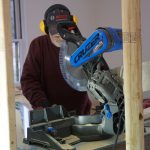 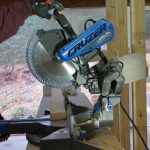 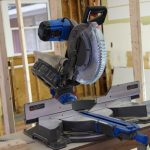 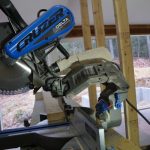 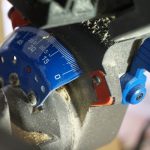 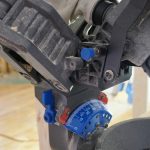 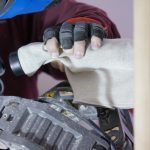 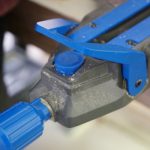 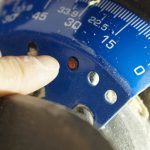 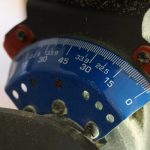 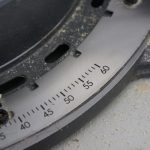 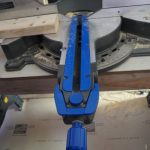