On a recent commercial construction job, our project team was working with the framing and masonry subcontractors to solve a logistics and layout problem. Our stone exterior wall system is positioned and supported on a back-up aluminum extrusion clip system that holds the stone material in place. In order to solve this difficult payout and logistic project we relied heavily on the Bosch Laser Measuring system.

This system is called a rainscreen wall, which means that the exterior stone “floats” off of the metal stud and aluminum supports and creates a cavity into which the exterior insulation is placed. The stone materials do not have any caulking as the AVB (Air Vapor Barrier) system provides the waterproofing. 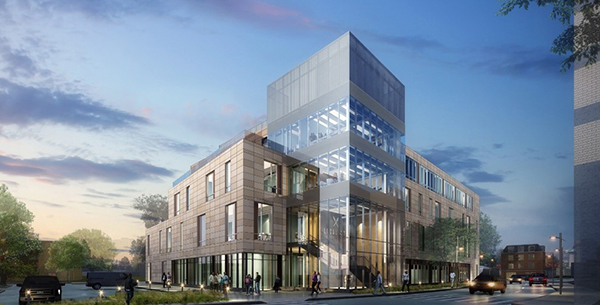 Figure 1: Rendering of the completed building. 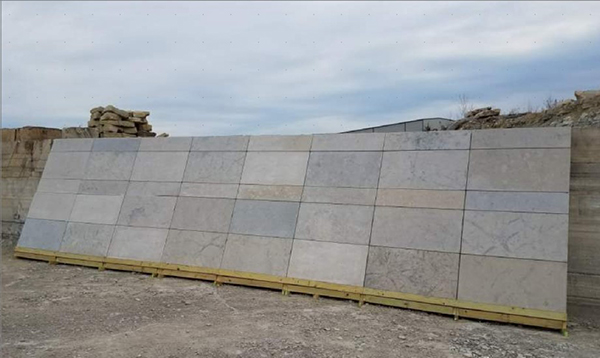 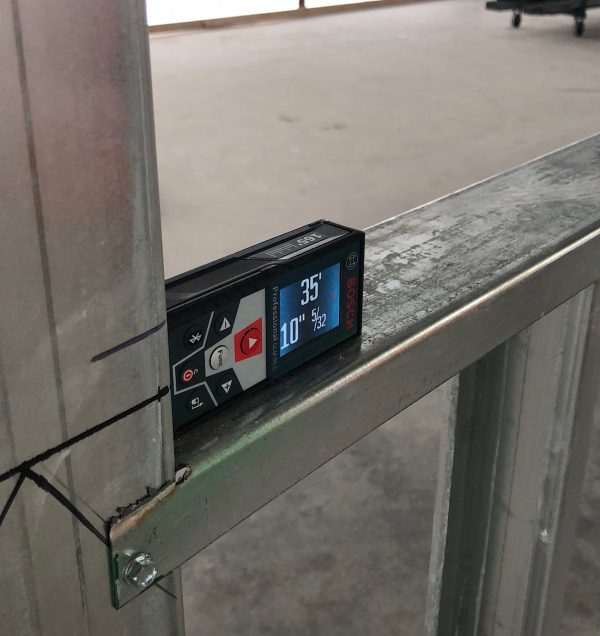 Our crews must precisely build this wall system to achieve the proper structural requirements and, in particular, to align the stone in elevation. The key to accuracy is to locate the self-tapping structural fasteners in the center of the return leg of the structural stud AND to locate the screw and metal clip at a precise elevation.

Mock Up Wall Allowed Us To Test The Bosch Laser Measures

The following picture shows these components on the mock-up of the exterior wall: 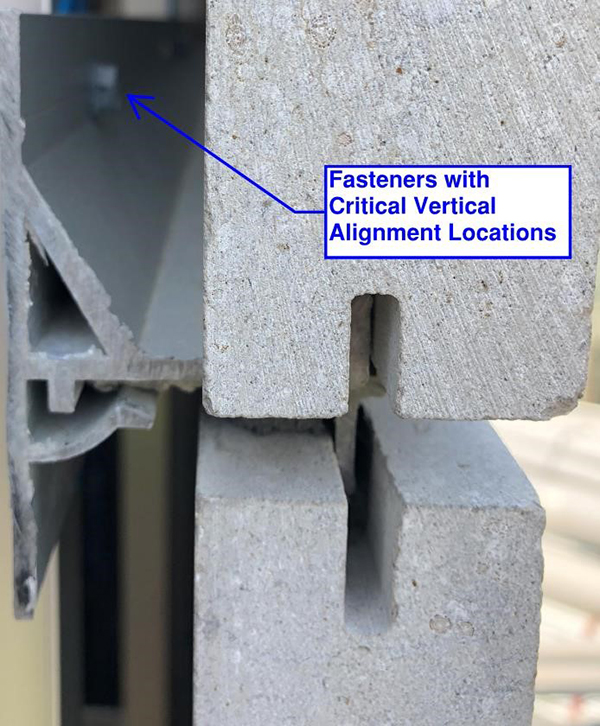 Figure 3: The stone contains a kerf on both the top and the bottom of the stone that lock the stone into place. Note the self-tapping screw that holds the aluminum substructure to the wall. 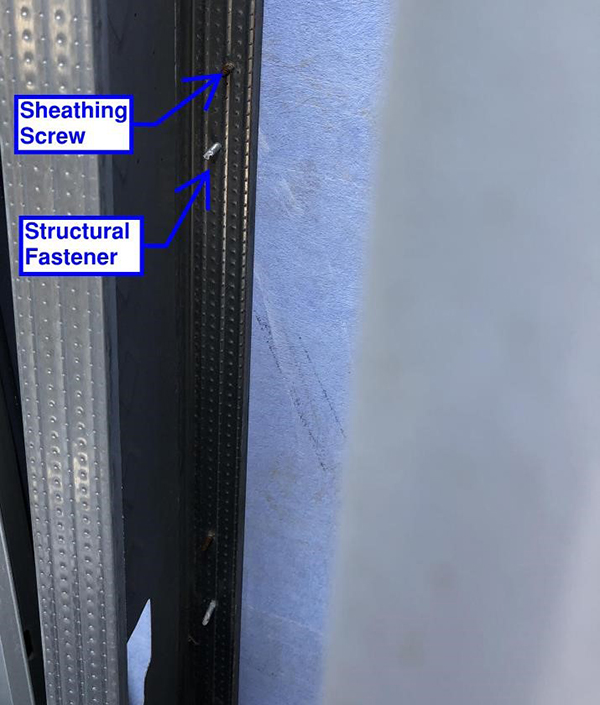 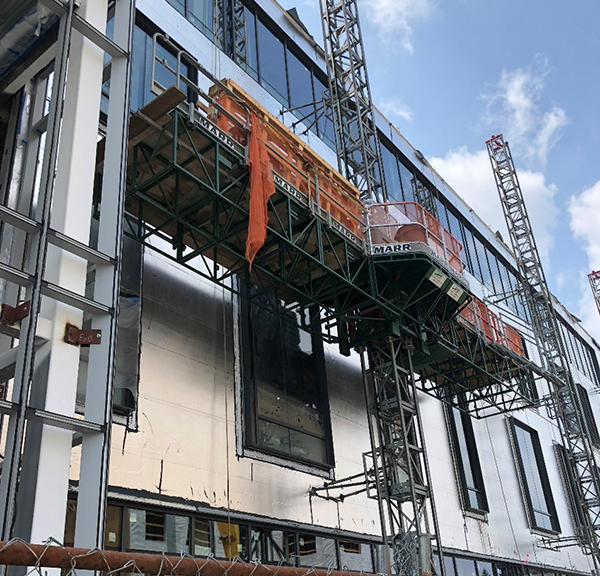 Figure 5: The exterior wall elevation with mast climbers is ready for the installation of the aluminum substructure clips.

Due to the precision required with this structural stud wall system, the construction foremen closely monitored the exterior wall for plumb, flatness and dimensional accuracy. The challenge for the project team became how to locate and position of the fasteners with precision and certainty.

The stone mason proposed to use mast climbers for the construction of the wall system. As a result, it was possible to have the layout work to locate the fasteners performed from the exterior of the building. However, this layout method would be performed “blind” as the work could not be seen until the holes drilled and then observing how they lined up with the studs.

As an alternative, the project team proposed using a Bosch GCL 20-160 Laser Level and a Bosch GLM 50 C Laser Measure to provide a simpler and more accurate layout method.

The Laser Level provided us the following certainties: 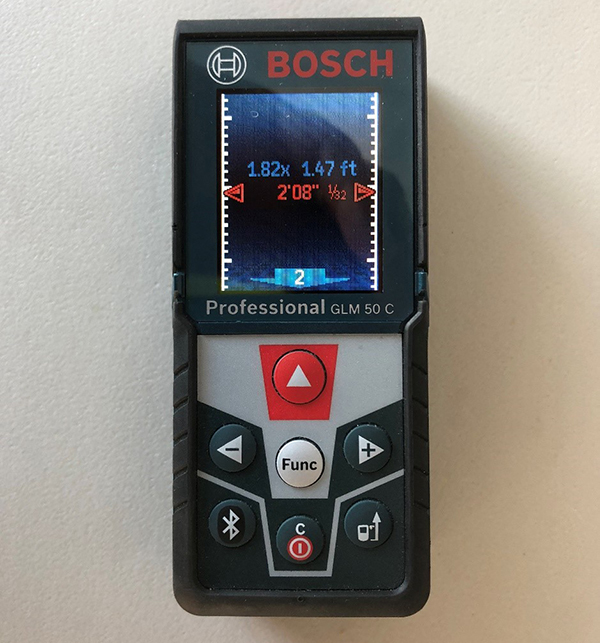 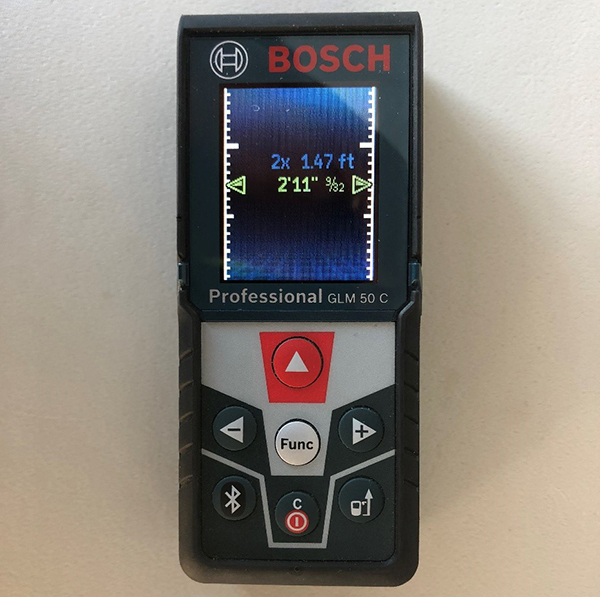 The new method allows for the accurate placement of the screw location within the center of the stud and at the precise elevation. The project team developed the following trial procedure, to demonstrate the accuracy and ease of laying out fastener locations. 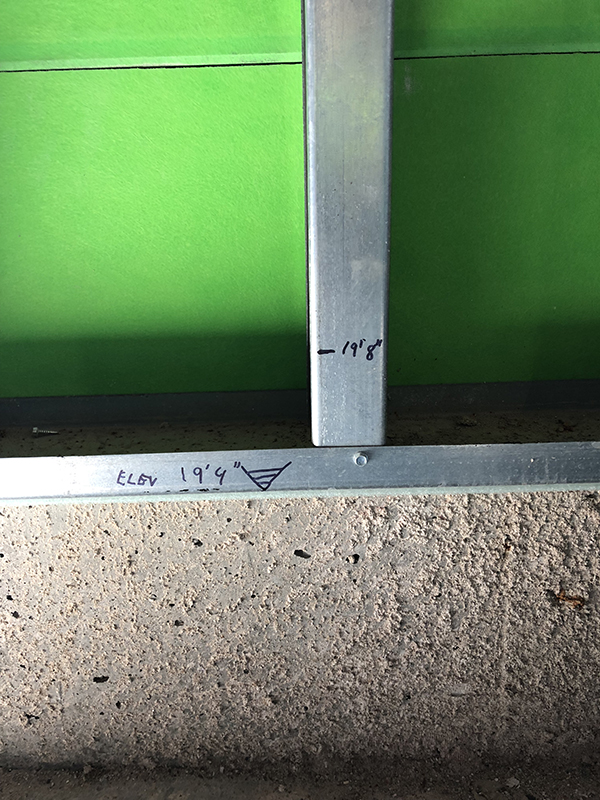 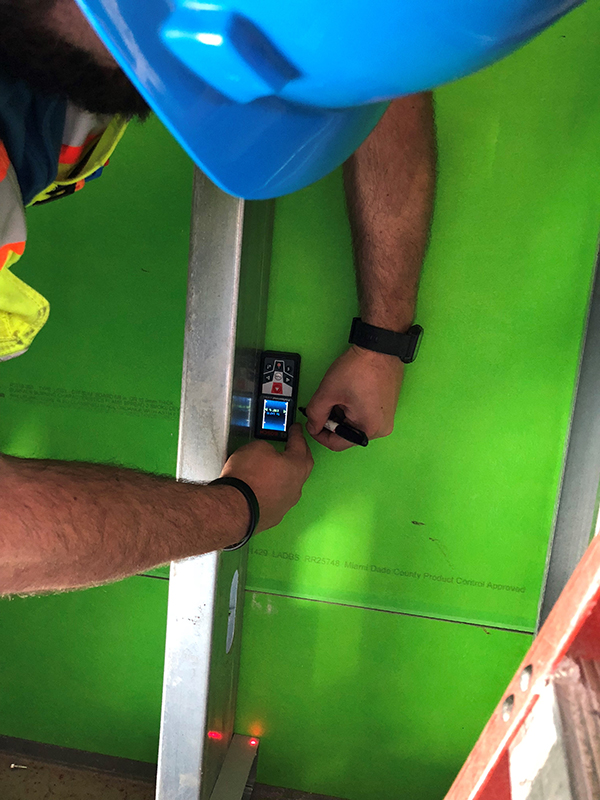 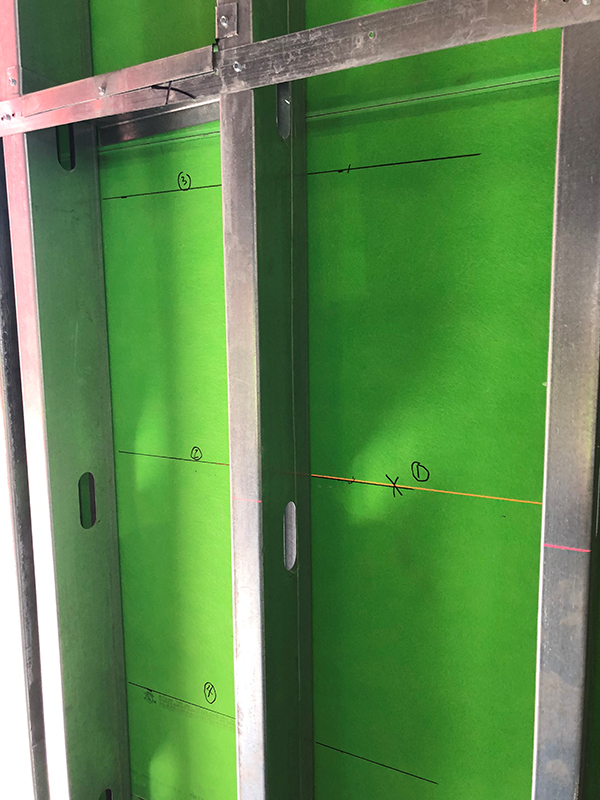 In summary, the Bosch laser equipment made the job of accurately laying out the fastener locations go quicker, produce a verifiable and visible result. In addition, the crew performed the work on the interior of the building, out of the elements. Working inside, allowed the crew to install the fasteners correctly, in the middle of the structural stud.

The benefit of laying out the fastener location using the Bosch Laser equipment are several: