In construction, the laser is used primarily as a leveling device. It may be set up to indicate elevation, direction, or both. Applications of Laser Levels include: We took a look at the Dewalt DW088CG Self-Leveling Cross-Line GREEN Laser. It’s a fairly durable laser, is powered by three AAA batteries, has +/- 1/8″ Accuracy at 30 ft., and sells for just under $200.00. The entry price is perfect for a contractor looking for a decent laser. The Dewalt DW088CG has a range of 65 feet and 165-feet when used with an accessory detector.

Studies show that our eyes see green better than any other color in both day and night. So is the green laser better?

Regarding the brightness of red versus green lasers, red lasers are most visible in low light conditions…

The human eye naturally detects green with great ease, allowing it to appear brighter in conditions and environments with higher ambient or natural light.

The Dewalt DW088CG is easy to use. There is a low battery indicator, and two buttons that control the lasers level and a plumb lines. These buttons operate, idependently in an ON / OFF fashion.

In my testing, my Bosch red laser it was be visible at 15-25 feet in bright sunlight, but I was struggling to see the line at that distance. I didn’t struggle at all to see the Dewalt green laser at that distance, in daylight. As the light faded, the green laser had less of an edge. Both were very easy to see in low light conditions.

Daylight visibility is the biggest thing in my book. That said, the added brightness of the green laser definitely expands its viability to a broader range of lighting conditions. Green lasers have the win in my book.

To me durability means drop protection and ingress protection from the dusty, dirty and sometimes wet elements of a job site.

The The Dewalt DW088CG is rated for drop protection for 1 meter [3-feet] and has an IP54 Rating. What does IP 54 really mean?

The larger the value of each digit, the greater the protection. For example a rating of IP54 means:

Lastly, the Dewalt DW088CG Self-Leveling Cross-Line GREEN Laser is listed as a Class 2 laser. Lasers are classified for safety purposes based on their potential for causing injury to humans’ eyes and skin.

Class 2 lasers’ output power is below 1 milliwatt. All Class 2 lasers emit visible light only. Lasers in this rating normally would not harm an eye unless a person deliberately stared into the beam. Laser protective eyewear is normally not necessary. A Class 2 laser is not a skin or materials burn hazard, which is a plus on a job site with a lot of flammable combustible around.

The Dewalt DW088CG Self-Leveling Cross-Line GREEN Laser sells for approximately $196.00. It’s a decent laser and is vey well-placed for what it provides.

Is the Dewalt DW088CG worth it?

The remodeling and construction industry began adopting laser technology almost twenty years ago, but many in the business have been slow to get onboard. These days, lasers are no longer considered an elite luxury item, but a necessity during construction and also in the design phase.

Lasers reduce human error and the time of production. It is my opinion that every contractor should have a laser level. The Dewalt DW088CG Self-Leveling, Cross-Line GREEN Laser is a win in my book. 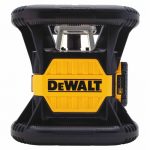 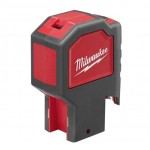