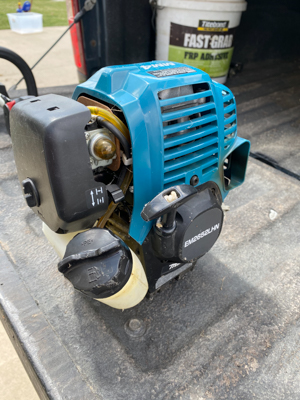 About 5 years ago, all of my small construction equipment and hand-held outdoor power equipment (OPE) ran on 2-stroke mixed gas. Then in 2016 I got my hands on a new 4-stroke Makita string trimmer and my 2-stroke trimmer started gathering dust. I kept it around though because it was an attachment system. Fast forward to the fall of 2019 and the Makita Couple Shaft attachment system showed up at the homestead. Spoiler alert, the days are numbered for my 2-stroke system.

It goes without saying that urban and rural areas can be vastly different in terms of OPE needs. Different environments need different attachments. Someone in town doesn’t have a need for a brush cutter and someone who lives in the country doesn’t have much need for an edger. A manufacturer, like Makita, has 3 options when it comes to OPE: 1.) Make just the most common items as dedicated equipment, 2.) make everything as a dedicated item, or 3.) make an attachment system that has mass appeal. Makita has chosen a combination of 1 and 3 (like most manufacturers) but what makes them special is that their attachment system is huge. At the time of this post they are up to 13 or so attachments and growing.

Makita – Make All the Things

Like I said, the Makita couple shaft attachment system is huge, up to 13 different attachments currently. It isn’t surprising though considering how vast their 18V LXT line is (over 275 tools). “Make all the things” seems to be their motto when it comes to tools. Even knowing this, I was still surprised when I learned that they had two different power heads available for the couple shaft system. There’s a 4-stroke gas powerhead and also an 18V X2 battery powerhead. 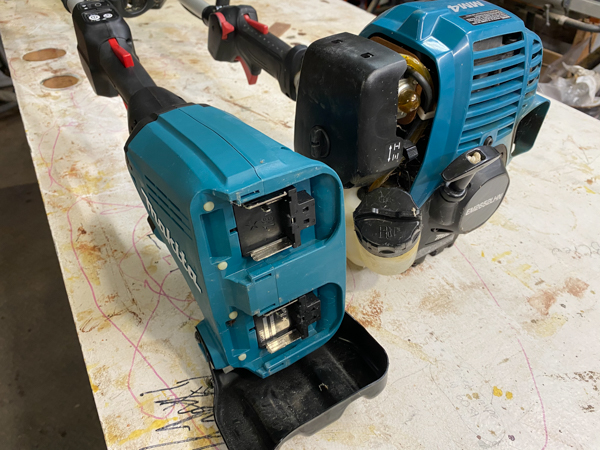 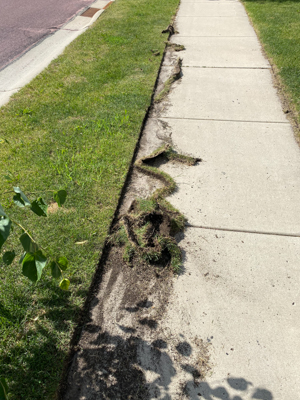 While the two power heads don’t seem to have much for comparable specs, the important ones to note is that they operate at the same max shaft speed and the weight is pretty much the same. So how does a guy decide which one is best for him? We break it down below to help you decide.

What features could there possibly be on a gas powerhead? Isn’t it just a motor? It is but it’s the subtle features of the motor that really make it shine. It’s a 4-stroke engine so that means no mixed fuel. The oil is easy to check and change too. Additionally there is an automatic decomp making it easier and faster to pull the starter rope. In all honesty, this is the easiest starting piece of OPE I’ve ever used.

As far as ergonomics go, the handle controls are perfectly placed with the lockout automatically depressed when reaching for the trigger and the kill switch right near where the thumb grips the control handle. For a righty, it is perfect placement. Additionally there is a rubber over mold on the handle that makes wielding the tool both comfortable and enjoyable. 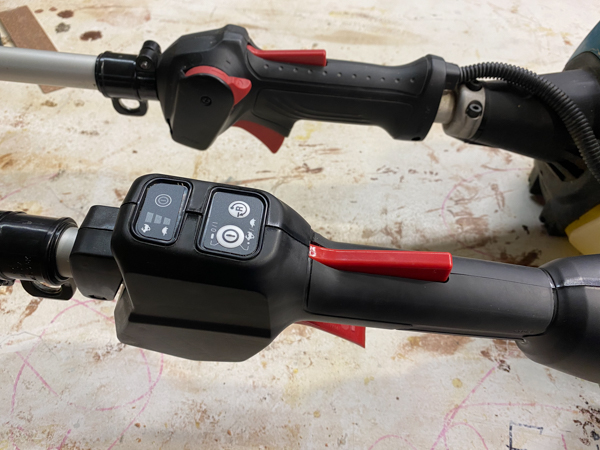 Talk about simple. The features on the cordless power head arenot many but they really add to the usefulness and durability of the tool. First there are three speeds on the power head. They are labeled turtle to rabbit. This is really useful for extending the run time. Another feature in the useful category is the reverse button. This allows the user to spin the motor (and attachment) backwards. Think about if you got into some really long grass and wrapped it up around the string head. Just hit the reverse button, pull the trigger, and spin the mess right off… definitely useful. And the last major feature is out of the durability category. Makita dubs it XPT or extreme protection technology. That helps protect the motor from dust and water meaning you can use it in the rain and in dusty conditions but don’t store it in a dirt pile or bucket of water.

When it comes to ergonomics, the battery power head has a similar feel to the gas one, the controls are well placed, the weight and balance are about the same, but the handle isn’t the same rubber material as the gas head. It isn’t worse, it’s just different. Part of it is the placement of the buttons and the little electronics pod. It’s like a big bulb in front of your hand where as the gas is a little sleeker design. The control layout on this power head is ambidextrous though unlike the gas. 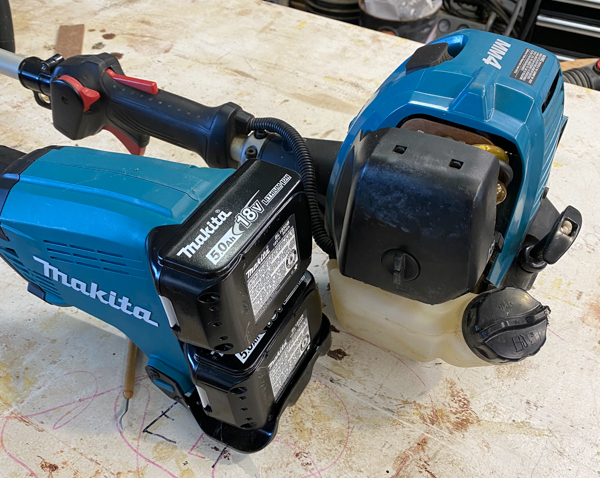 This motor has been around for a few years it is as smooth as it is powerful. It’s the same motor that I have on the Makita trimmer I’ve been running for four years. It’s easy to start and the power ramps up quickly. It holds around 20 oz of fuel or 2.5 cups. While it doesn’t sound like much, I can get about an hour of use on the string trimmer before it needs a refill. It really is a sipper and it’s relatively quiet too.

As far as power goes, it seems like this attachment system was designed around this motor. And all of them work as well as you would expect on a gas power head. The cultivator and hedge trimmer attachments are particularly well suited for the engine. The gas motor handles a bind situation well and can power through. 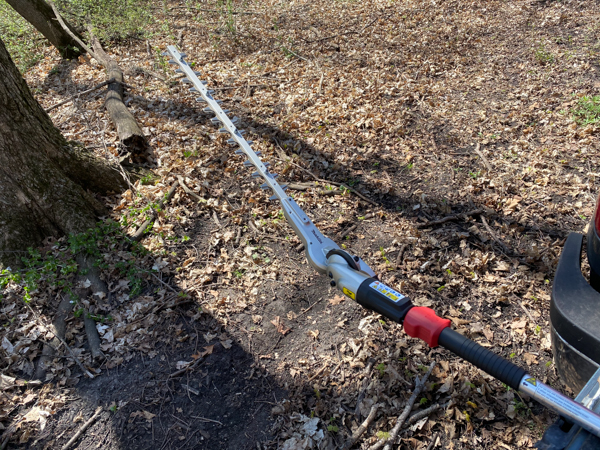 I’ll be honest, the power and performance of the battery power head was a huge surprise. I wasn’t expecting much out of 36 volts (18V x 2 batteries) or the old 18650 battery cells producing them. I certainly wasn’t expecting them to run the vast array of attachments available. Like I mentioned above, the battery power head has 3 speeds from turtle to rabbit. So not only do the three speeds help you conserve battery power but they also help you dial in the right speed for the attachments. For example, the edger I use almost exclusively on speed 2. It has the perfect amount of power for all but the thickest overgrowth.

With that said though, I still need another set of batteries to get anywhere close to the runtime of a tank of gas. The battery powerhead does run quite a long time if I’m only doing intermittent work but if I’m on it constantly trimming thick grass, it doesn’t have the run time of gas. This is especially noticeable when trimming something like a large run of chainlink fence. My parents have a fenced in dog run out at their 5 acre country yard that’s probably 700 LF of chainlink if I count both sides. If I don’t trim it for a couple weeks, I can blow through a set of batteries just on that fence. 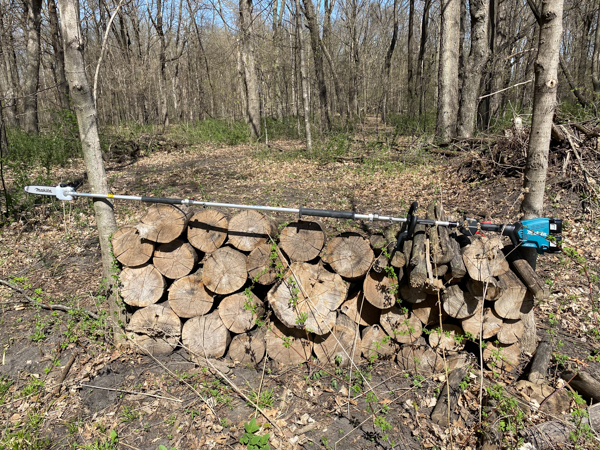 Makita Couple Shaft – Gas VS Electric – Which One To Buy

So how do you decide which one is right for you? First off, both of the powerheads are excellent. They are well built and work extremely well. There are some things to consider though, which may help you decide.

The size of the parcel you are working is going to be the deciding factor for many of you. If you have a large area to manage, as in over a couple acres, the gas powerhead is going to be your best bet because of it’s runtime per tank of fuel. If you live in town, the battery unit should have more than enough to cover your yard and everything in it. 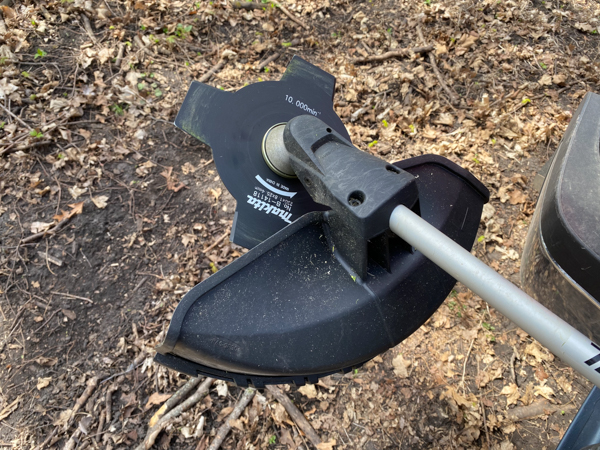 The battery unit is stealth mode quiet. If you live in an area with noise restrictions or quiet hours, take a hard look at the battery powerhead. The only noise you hear while operating is the whoosh of the string, blade, sweeper, etc. It’s so quiet, I run mine while the kids are taking a nap. The gas powerhead on the other hand is quite a bit noisier than the battery unit but it’s still pretty quiet because it’s “sewing machine” smooth due to being a 4-stroke.

If you’re already heavily invested in the Makita LXT system, it’s almost a no-brainer to add this to the lineup. That’s not to say that if you don’t have a king’s ransom of batteries that you should get the gas unit. If you had 4 batteries, that should last you about as long as a tank of gas depending on what you’re doing. 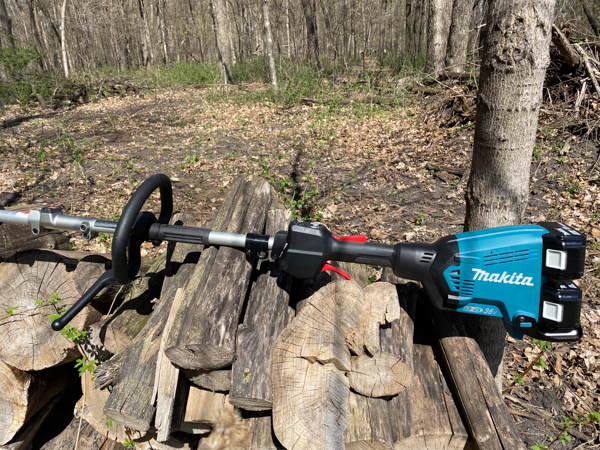 Like I mentioned above, some applications are better suited for the different power heads. Some of the attachments are well suited to the different modes (turtle to rabbit) of the battery powerhead. For example, the edger is fantastic on the battery powerhead. It is near perfect on mode/speed 2. The string trimmer also benefits greatly from the 3 modes especially if you’re trimming around softer materials like vinyl siding or tree bark. Turtle speed 1 has just enough head speed to trim the grass without damaging tree bark or breaking vinyl siding.

The cultivator and hedge trimmer are better suited for the gas head. On the battery powerhead, these two attachments can sometimes trigger the motor protection feature which stops the motor in a bind situation. Which is good in theory but can get annoying in practice if you’re trying to till up a stubborn planting bed or trim up a bush with some larger main branches. The gas powerhead has a clutch that keeps the motor running in a bind. 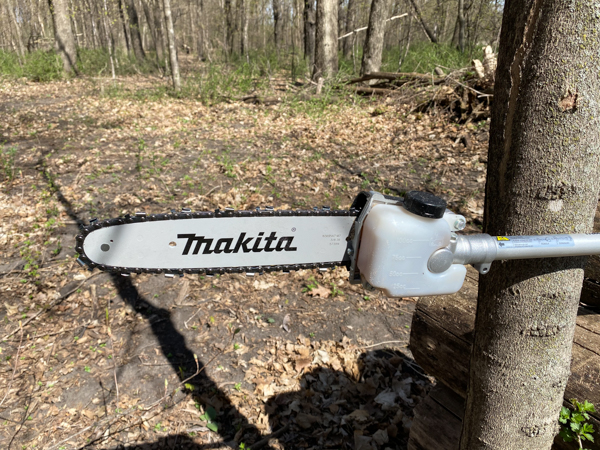 So What Do You Think?

So what do you think about these two powerheads and the Makita Couple Shaft system? Which one do you think is better for your application? Are you gas user for life or have you switched over to battery power? Let us know your thoughts in the comments. We would love to hear about your own applications and experience. 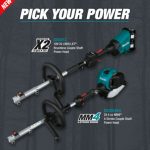 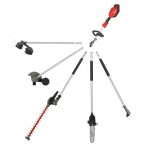 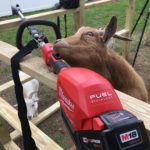