Last spring we had the opportunity to visit Hiniker Snow Plow. They’re a midwest manufacturer of small Ag equipment, light truck and skid steer snow plows, and salting equipment. We were visiting them in April and were coming out of one of the longest winters I can remember. There was still plenty of snow on the ground and no one had started digging holes yet to get the construction season started. 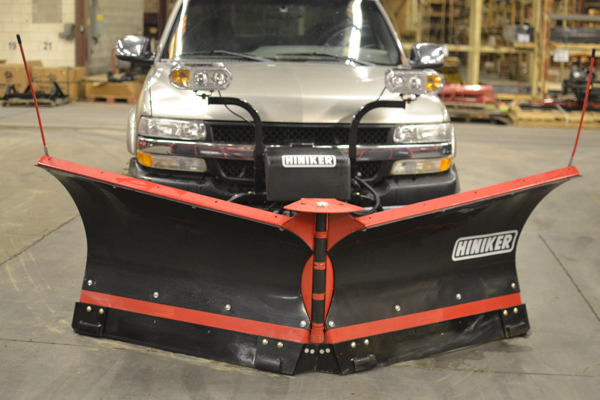 That winter had started in October and lasted until April. It was long, cold, and snowy. It was all the things that hinder construction in that season. We had a ton of snow and cold days for our outside work that winter. It really got me thinking about ways that contractors can supplement their income during the winter. One of the best ways is obviously snow removal so that’s why we headed to a plow manufacturer to see the operations first hand.

So why did we choose to take a look at a Hiniker Snow Plow? A number of years ago (like the 80s and 90s), Western used to be the go to brand around these parts (Minnesota). That was about all anyone had. My friends that had large lots to plow did it with Western. Then a new small manufacturer, Hiniker, started showing up. To be honest I don’t remember why they started taking over from the Western but I’m guessing it was because they just wanted to build a better plow that addressed user frustrations and made plowing easier and better. That’s the approach they take today when building plows, make a better plow. One that works better, is easier to mount, and easier to operate. 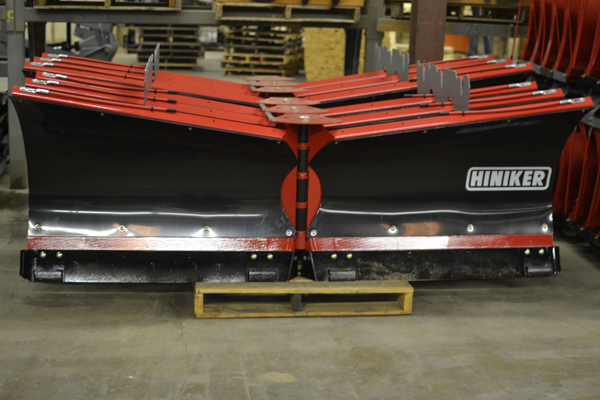 Remember back in the 80’s and 90’s? Trucks with snowplows had the mount, lights, and hydraulics permanently mounted to the truck. I don’t know who made the first quick mount but I know they changed the game for plow operators. Ever since then, mounts have been getting better. I tell you what though, I’ve never seen one easier than the Hiniker Quick-Hitch. In fact, the manufacturer claims it’s the fastest in the industry. 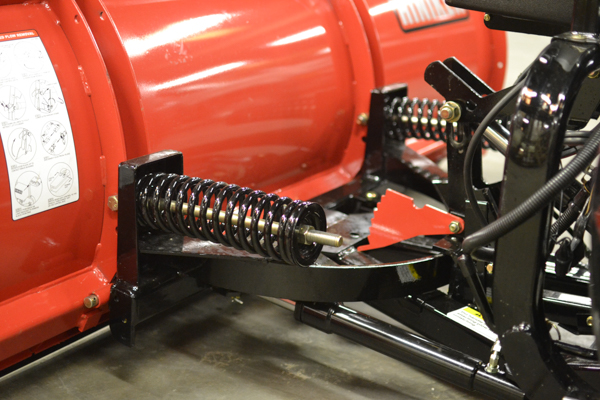 The benefit of a quick connecting/disconnecting mount is that you can take the plow off between events and thereby saving the wear and tear on the suspension and drivetrain of the plow truck. The mount is naturally in two pieces, the mount which contains the plow and then the truck forks. The forks are semi-permanently installed on the vehicle and is the structural component that the mounts lock into. Check out the video to see just how easy the Quick-Hitch system is. Seriously, it’s so quick. 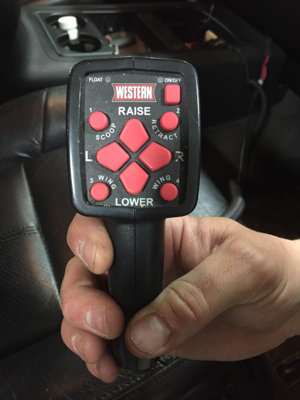 If you’ve operated a plow for any length of time, you probably pine for a time when controlling a plow was just a joystick/lever with 4 positions, up, down, left, and right. Those of you with straight plows are still enjoying the glory days of 4 positions but for the rest of you, have you seen a v-plow controller lately? The number of buttons is getting out of hand. A few manufacturers have up to 9 buttons on their V-plow controllers. That can get downright confusing until you get a ton of seat time. Training in a new operator? It’s going to be a long night for them looking down at the button layout every time they want to change positions.

Hiniker’s V-plow controller is a 4 position joystick and 2 buttons. The standard up, down, left, right are on the joystick and scoop and V are the two buttons. If you’re more used to airplane style controls where going down on the stick makes the nose go up, you can open up the controller and rotate the stick. To make things better, the plastic placard also flips over to represent the new control layout. Below is a quick video from Hiniker on flipping or replacing the joystick.

Talk To The Dealer

It’s one thing to read about a piece of equipment like a snowplow online but don’t take my word for it. Stop into your local Hiniker snow plow dealer (dealer locator) and try one for yourself. Hold the controller in your hand, check out the mount, inspect the build quality of the plow itself. A plow can be a big investment and you need to be sure it’s going to meet your needs. You’re not only vetting the plow, but the dealer as well. The dealer is your lifeline when it comes to parts and service of your plow. If you’re using a plow to supplement your income as a contractor in the winter months, you need a dealer that can help you fast. 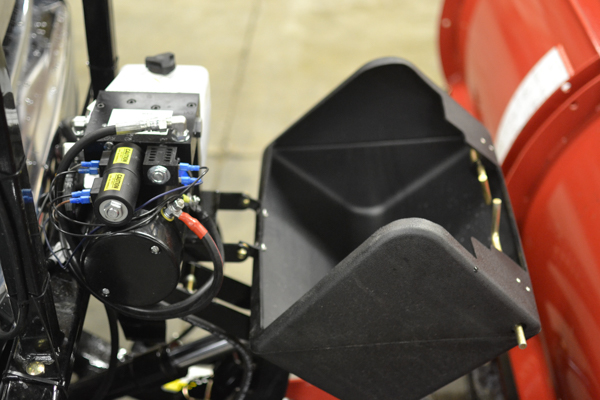 Do you plow? Tell us about it in the comments

Have you ever plowed snow before? What plow did you run? What did you like or dislike about it? How was the dealer in supporting you? Let us know in the comments.