This is a review of the Rack-A-Tiers 52300 Studball magnetic stud finder, but first let’s take a little trip back in time. In 1977 the first electronic stud finder was designed and the Zircon Corporation put one into production shortly thereafter. Zircon was the sole producer of these devices until 1998 when the patent expired. 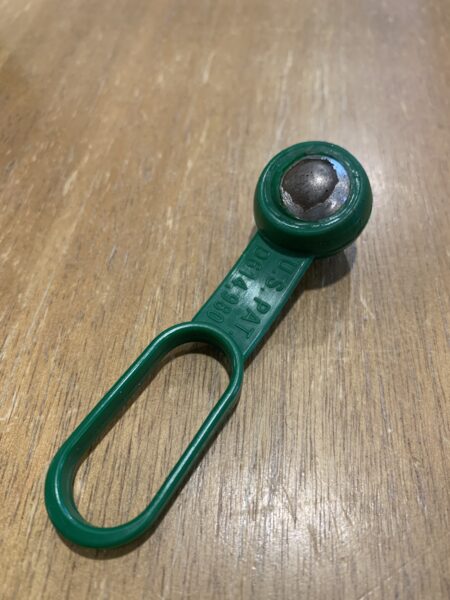 Fast forward to today and the market is flooded with a plethora of stud finders, ranging from electric capacitive edge finding, center finding, and instant finding stud finders to stud finders that use radar to locate not only studs, but pipes, wires, and even pests moving in the wall. Stud Finders have come a long way in the past 40+ years.

Although all of these innovations have been great, no stud finder is perfect, variations in plaster thickness, mesh for reinforcing plaster joints, multiple layers of drywall, rough texturing, thick horsehair plaster & lath can all mess with the stud finders ability to find and detect a stud. Furthermore, devices are becoming more complex and therefore expensive. A maxim I’ve taken to heart in my years of the building is “Complexity is the enemy of reliability” and in many cases these stud finders, even the really good ones can get tripped up. 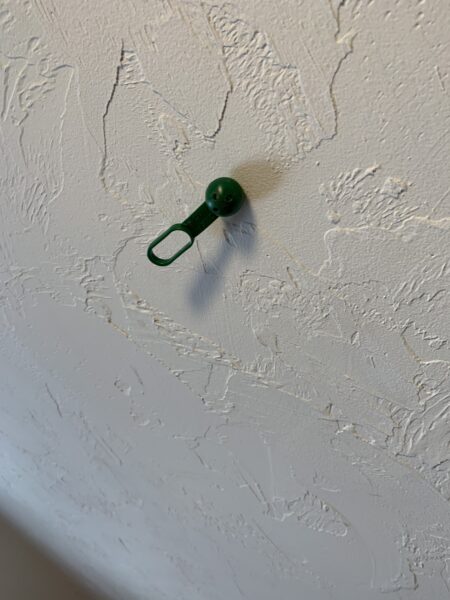 So this begs the question, what did we use before 1977? Well, the answer is magnets. Magnets or more specifically rare earth neodymium magnets were used for many years before any of the electronic variants came out. The Rack-a-Tiers 52300 Studball magnetic stud finder uses a rare earth magnet attached to a rubber over-molded flexible handle. This device can be used to detect either the fasteners in the material or the studs themselves if they are metal.

The manufacturer notes it can detect a steel stud in ⅝’ drywall. We have no trouble finding the drywall screws since they only sit about ⅛” below the surface. Rack-a-Tiers claims it can pick up 27lbs and detect a stud through the tile. The finder has an exposed side and rubber encased side, while not as strong, using the rubber encased side is far less likely to mar up walls. When trying to locate fasteners for extraction you can use the exposed side and give it a half-turn with some pressure and it marks up the wall a bit, which is handy. 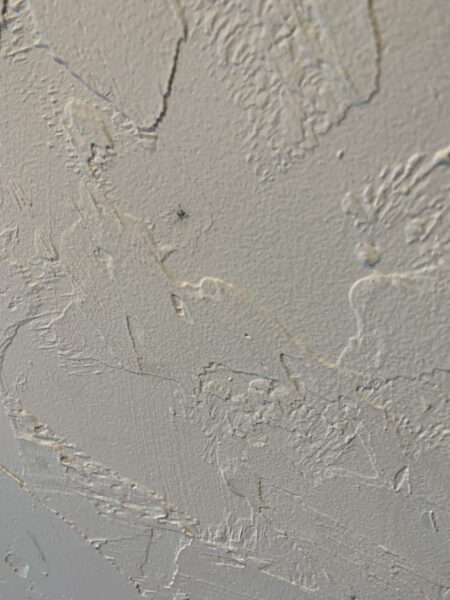 Let’s talk about some of the advantages of a magnetic stud finder. Firstly, there are no batteries to run out, we all know how annoying that can be, some devices require you to go find a small screwdriver to open the hatch and/or require a rare or non-standard battery, so it’s nice not to have to fumble around for that.

Secondly, the magnetic finder is very small and can easily just live in your work belt, no need to run back to the truck or tool bag to grab it. That’s basically where mine lives.

Thirdly, it finds the fasteners directly, so when it comes time to open up a wall right on a stud, perhaps for a temporary access hole (I’m thinking access for the back of a shower valve) or you really just want to end the work cleanly on the center of the stud, you can locate the fasteners and then just pull them out first and then make your clean-cut, without hitting screws or nails. 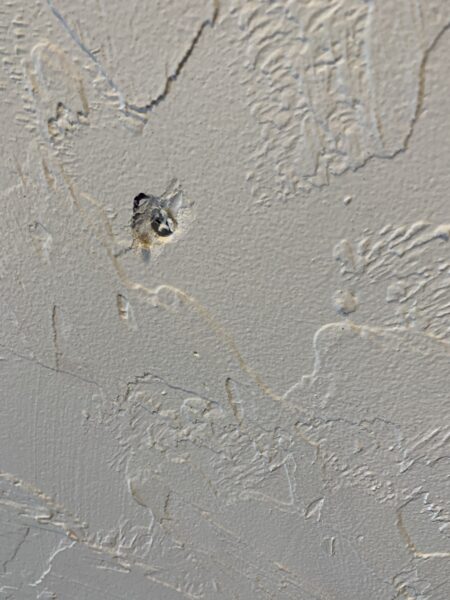 You can also locate finish nails with this, sometimes I’ll locate the nail and then punch the nail through, releasing the board. This is great for removing the baseboard held tight against the wall by flooring. Lastly, the magnetic finder can be used to pick up dropped items, let say while building a deck a screw flies off into the grass, well we don’t want people stepping on that, as the builder/remodeler were responsible for that, we don’t want people getting hurt. Additionally, it can be used in conjunction with a chalk line to create a sort of magnetic fishing line to pick up fallen items that are out of reach, off a deck, or even in a wall cavity 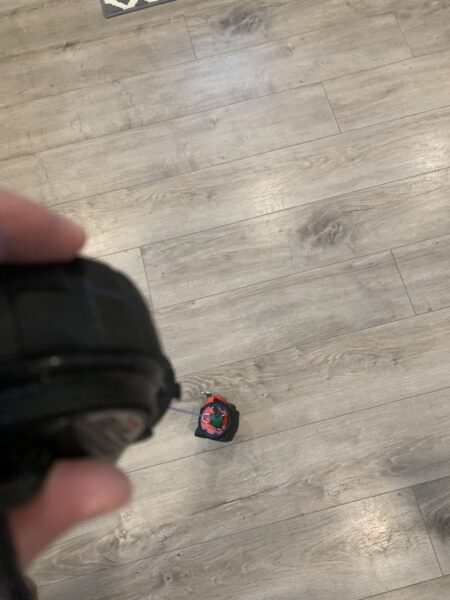 Let’s talk about the disadvantages, well there’s not many, I will say sometimes it will stick to one of your tools and poof it will sort of disappear on you for a while. I lost one to the bottom of my miter saw stand for about a month, I must have set it down near the ball and it pulled it off the wall. When you find it after a length of time like that you can be simultaneously annoyed and relieved at the same time, it’s a weird feeling.

So you do need to be very conscious of where you store this tool. Also, you may reach for it in your tool bag and 5,6,7 other tools may be hitching a ride. Side pockets are a good home for this tool. After about a year or regular use the chrome plating on the exposed ball side started chipping off, however was able to rotate the ball inside the overmolding to an undamaged side without too much effort.

So, what are my overall thoughts? Is there a place for a simple stud finder using pre-1977 tech in a sea of high tech and seemingly radar-guided devices? The answer is a resounding yes, this thing is great and I always have it handy.

.Does this completely replace the need for an electronic stud finder? No, electronic stud finders will still be faster for general layout, but it’s great at confirming/rectifying what the other stud finder indicated, works great for locating fasteners for extraction, and at less than $20 this is an absolute no brainer for carpentry and remodeling. Additionally being so cheap it makes a great gift for the remodeler or DIYer in your life.

Carpenter / Remodeler / DesignerMichael Wall is a self-employed carpenter, remodeler, and designer from Andover, MA. In addition to a career in the trades Michael previously worked as a designer at various engineers firms in the Boston metro area designing tools and prototypes for the medical and solar industries, utilizing CADD. This computer and design knowledge has translated well and Michael is well versed in architectural design software. Computer skills aside he still loves, and spends most of his time in the field, getting his hands dirty on the latest tools. In 2009 he caught the remodeling bug and has since worked for both renovation contractors and builders of new homes. Michael is an Eagle Scout and avid outdoorsman, skier and hiker.