The brand new 24” Empire Digital level has hit the market. This is the newest addition to Empires already impressive line of hand levels. There is a full line of these digital levels and they are the industries first auto calibrating digital level.

We received the 24” Empire Digital level , and were blown away by its features within a few minutes of unpacking it. Adjacent to the digital screen are the 6 buttons which are on/off, inspector mode, the audio on/off, hold, backlight settings, and measurement mode. The empire digital level is IP65 rated. This means that the digital screen housing is sealed against water and dust. We tested the water proofing by setting the levels screen and battery hatch directly under running water for 5 minutes. There was no signs of water getting inside. The end caps made of shock reducing rubber to protect against bumps and drops, plus they can be removed. A drop test was performed simulating being dropped from 4 ft. There was no effect on the accuracy of the levels vials or screen display, nor did the screen shut off. The digital level spirit vials were first checked to see if they would show true by setting it on a surface then flipping the level around. Secondly the level was tested against a laser line level, both level and plumb.

The empire digital level was used for tasks such as, setting paver stones used to set a chiminea on, laying out shelving cleats, replacing deck railing spindles, and setting a vanity.

HOW DOES IT PERFORM

A box beam construction is straight. The Empire digital level did not have any deviations in the construction of it. When we checked the level for being true the bubble was in the same position in relation to the markings on the vial.

EASY TO READ AND CONTROLS

The Empire digital level has large clear spirit vials that are easy to see, the markings are empire blue

The readout on the face screen is large and clear. There are arrows which will show which end is high or low. The edge screen is smaller, instead of arrows indicating a high or low end there is a + or – symbol. The buttons on the face of the screen were very to use with no confusion. They are rubberized so to be grippy and also provide a good weather and dust seal

Another awesome feature is the audio notification when the device is out or level. A high pitch beep occurs when the right side is high and low pitch when the left is high, the tool will emit a solid tone when it is level. Guys that use grade lasers are very familiar with this tone style. The audio notification allows the focus on shimming a window, door or cabinet without looking at the level. Such a feature can be a huge time saver and save neck pain.

Inspector mode is a awesome feature that saves having to tape a shim block to the underside of their level to create slopes. Its just a matter of setting your desired slope and holding the inspect button.

The box beam construction features machines edges. This feature allows for perfectly drawn layout lines on walls for built in construction. Most levels on the market have beveled edges which creates lines that aren’t straight or perfectly level. We do like the easy to read buttons on the level, but feel that the markings are only painted on they will wear off in time. The markings should be molded or etched into the rubber for longer life. Empire knocked the digital level out of the park. We love this level, with the various settings and the inspector mode its a no brainer. Carpenters love the audio setting while plumbers, tile installers and concrete finishers will love the inspector mode for the ability to lock in specific slopes. These Empire Digital levels are offered both in magnetic and non magnetic models. There is a one year warranty on the level, it comes with 2 AA batteries already installed and a protective nylon bag. 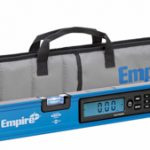 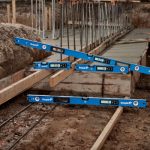 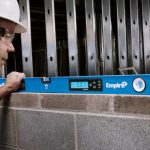 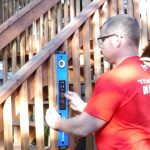 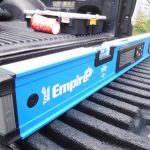 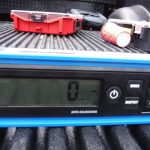 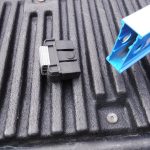 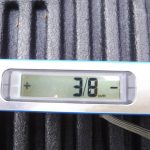 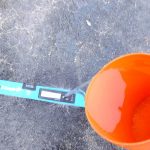 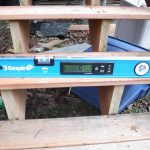 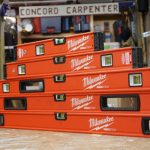