About 3 months ago, the RIDGID Gen5x kit showed up at the shop. The box was shaped roughly the size of a metal tool box and the heft to match. Just picking up the package you could tell there were a lot of tools inside. 5 to be exact. 4 power tools and a flashlight. Normally the flashlight is considered a freebie or “throwaway” tool in these kits. Something cheap just to be able to say a kit has 5 tools. That isn’t the case with the RIDGID Gen5x kit. It’s a serious LED light that matches the robustness of the rest of the kit. The light really set the tone that the kit as a whole is a serious contender for the much contested middle market. The kit is full of serious tools for a reasonable price.

The chuck light on the drill is fantastic. It lights up the bit 360 degrees. It also has gobs of power. It had no trouble mixing mortar for setting stone. The clutch has over a 100 different settings. It was really easy to dial in the exact torque necessary to drive pocket hole screws perfectly every time.

Like it’s smaller sibling in the 12V line, the new impact picked up the same 3 LED light design. Like the drill it lights up the bit a full 360 degrees. All impact drivers should have lights like this. This tool is not short on power either. It has no problem twisting off a tapcon if you let it; 2,000 in-lbs to be exact. Go ahead and try to find another driver with that kind of power, I’ll wait. Thankfully it has 3 settings so that power can be dialed back when necessary.

The saw comes with a thin kerf blade that 1.) doesn’t waste as much material as sawdust when making a cut and 2.) allows you to bury the blade to full depth. I buried it on a number of occasions cutting through solid maple timbers. The bevel detents on this saw are fantastic. All circular saws should have something similar. The blade guard is plastic but it has held up so far. Of all the tools in the kit this one surprised me the most. The oscillating feature is easy to turn on and off and the saw has minimal vibration. I don’t recommend it but I used the saw on a number of occasions one-handed. Material in one hand, saw in the other. The saw just works and doesn’t beat you up.

The swivel head took a little bit to get used to but now I get why it rotates off access, it makes it directly positional. The LED is plenty bright and it has a set it and forget it quality. Set it where you need the light and go about your business getting work done, the light won’t run out of juice.

The kit comes with 2 of the 4.0 Ah batteries. I have tested these batteries in the middle of winter and yes, they still work. The only issue I have with this kit is that I wish it came with one more battery. A lot of tasks I’m using 2 tools; drill and impact for pocket holes or lag bolts, recip and flashlight for demo, etc. If one battery needs charging you’ll be swapping between tools waiting for the second one to charge up. Although with the 4.0 Ah you’re charging less, I would still like the comfort of always having a full battery ready and waiting on the charger. This review took us a few months to finally write but we wanted to make sure we had enough miles on the kit to give an honest opinion about it’s performance. Here are some of the things we did with it. Built cabinets (pocket screws), mixed bags of stone mortar, processed pallets, light demolition, built roof protection assemblies for scaffold on slate roof, trimmed and mounted a rustic mantel, ripped a few dozen sheets of plywood, drove tapcons, and the list goes on. We essentially just had it on the jobsite and in the shop for 3 months using for everyday items that builders and remodelers encounter. Here are a couple highlights:

This summer I had a job with almost $20k tied up in scaffolding. It was a historic restoration project in an old neighborhood above the city. The site was way too tight to get our aerial lifts to the backyard to reach 2 of the 5 chimneys. We had to build towers up from the back and rest some of the scaffold weight on the slate roof. In order to carry the load without damaging the slate I had to make pads out of half inch plywood and 1×2 furring strips and then cover them with 3″ of upholstery foam. The circ saw and impact driver smoked through this task in no time at all. Check out the video below; that’s 4 sheets of 1/2″ plywood stacked up… with a cordless saw!

In my free time I’ve been building a fireplace with built in cabinets in the family room of our home. It’s in the basement so the bottom plates of the fireplace framing are tapcon’d to the slab and the cabinets are secured to furring strips that are tapcon’d to the block wall. The stone is adhered with mortar mixed with the drill (scratch coat too). I used the circ saw to cut the framing materials and breakdown the oak plywood for the cabinets. I also used the circ saw to trim up the rustic mantel I milled from a tree in the yard. I used 4 out of the 5 tools on this job and they performed really well. Don’t judge him by his weekend work boots.

I can go on telling you about how capable the RIDGID Gen5x kit is but the true test was that I let my father use it. He’s been a commercial general contractor for almost 50 years. He knows tools and expects a lot out of them. He mixed the mud while I was applying the scratch coat and setting the stone. We went through 3 60 lb bags of mortar and never even had to change out the battery. My dad was hooked so I got him his one kit for Father’s Day. If you’re tired of your old tools being short of power or runtime, give the RIDGID Gen5x kit a look, I bet you’ll be hooked too.

The RIDGID Gen5x Combo Kit can be found at The Home Depot. Of course it comes with the same lifetime service agreement RIDGID Power Tools are known for; Free batteries, free parts, free service, for life. 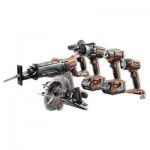 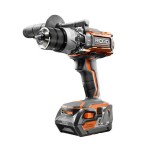 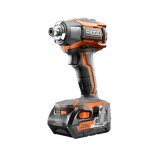 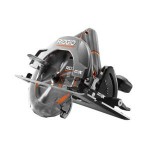 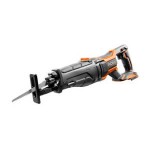 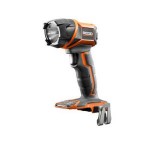 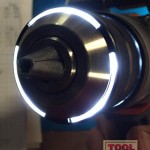 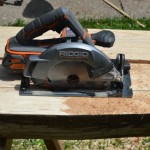 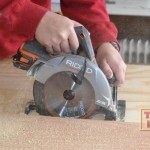 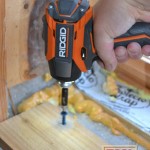 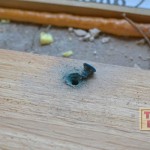 Impact has power to spare 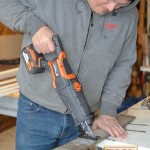 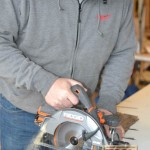 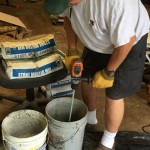