October 17, 2020
By Todd Fratzel on Nailer/Stapler

Weight: 10.05 lbs
This year Milwaukee introduced two new cordless framing nailers in the popular 21 and 30 degree nail configurations. We’ve been using both versions on jobsites this Fall and this review focuses on the 21 degree version. We also reviewed the other model, Milwaukee 2745-21 30 Degree Cordless Nailer Review, which you can read as well. Both models offer some unique features worth noting. 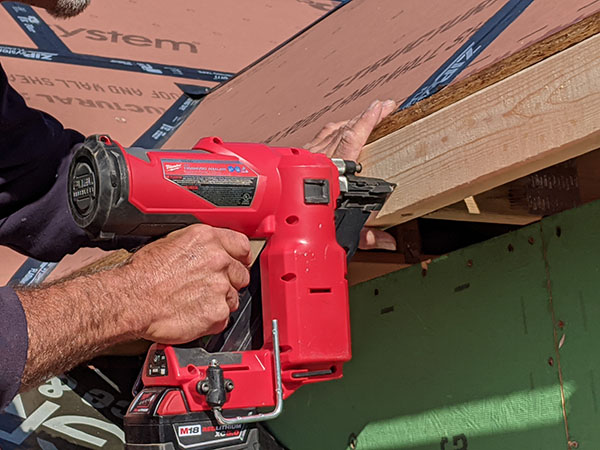 Like most “newer” cordless tool types the first questions I get about this tool are does it have enough power. There have been quite a few different cordless framing nailers on the market for years now, some using gas, some just battery like these new Milwaukee nailers. Ultimately most of those early generation nailers struggled when nailing engineered lumber and they also struggled with speed to fire.

The first time I tried this nailer was at it’s introduction to our team at the Milwaukee Media Event in 2019 and we were really blown away at the power and the speed. But we really needed time in the field to get a better evaluation and proof of concept. Over the last couple of months we’ve had several of these nailers on two framing jobs (a residential house and a small commercial wood framed building) and everyone that’s used them has been blown away. 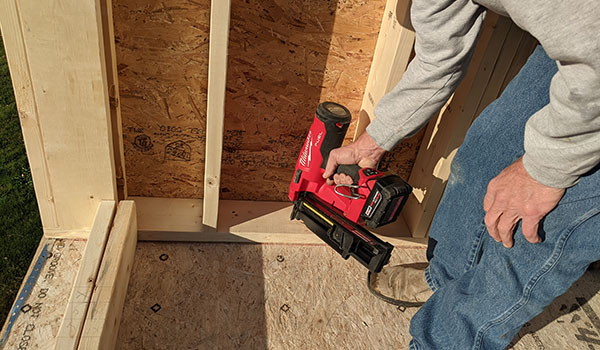 Shooting 3-1/2″ framing nails into LVL headers is a simple task for the new 2744 nailer. Not only does the nailer consistently sink the nails fully, we dialed back the adjustable nose as many of the nails were being sunk below the header surface. For me this really is the best test to prove cordless framing nailers can compete with pneumatic nailers.

Power isn’t everything though, users also want speed and the 2744 is fast! Milwaukee claims it can fire 3 nails per second with no ramp-up time and we found that claim to be completely justified. In “bump” mode this nailer can keep up with production nailing as well as any pneumatic we’ve used. One of the big bonuses in my opinion is there isn’t a “lag” like you get at times with pneumatic nailers if the compressor falls behind. The 2744 keeps up regardless of how fast you fire nails. 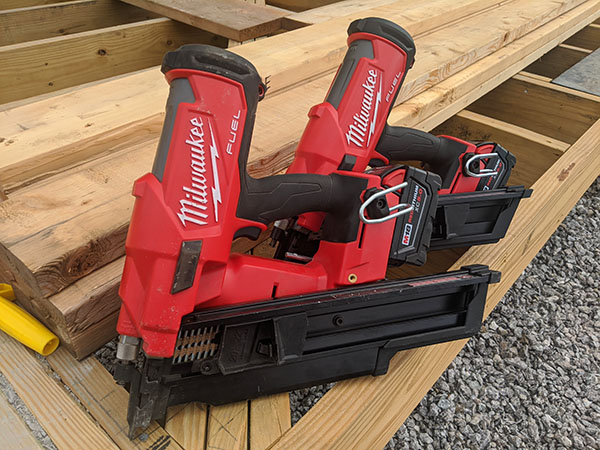 Besides the obvious difference in the degree of the fasteners some of you may be wondering what if any big differences exist. Having used both models side-by-side on a couple framing projects several things really stand out (some of which are obvious to those who regularly shoot both styles). Several of the more obvious differences include:

These nailers can be outfitted with an optional extended magazine allowing two full strips for longer use between refills. These can be ordered as an accessory. 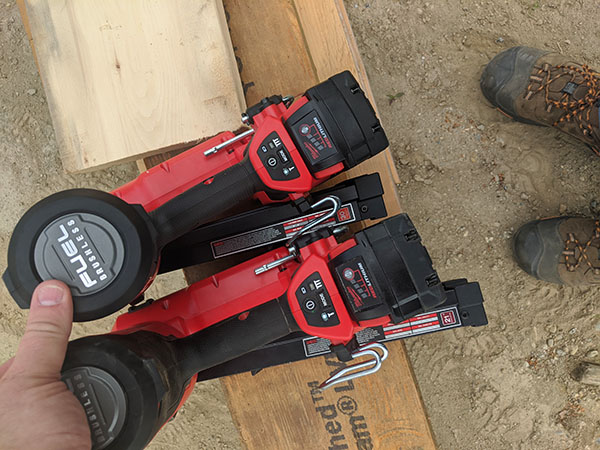 So the question most guys ask me is whether these nailers can frame all day. So far the answer is most definitely yes if you’ve got a spare battery charging while you use the other. When it came to production wall framing we had no issues at all. The nailers are fast and extremely powerful.

However, we did run into a problem when sheathing the finished walls. When running these nailers repeatedly nailing off sheathing we did hit a thermal overload on a few occasions. This is an internal safe guard to prevent overheating of the batteries and damage to the tool. A simple change to a cool battery took care of the problem but it’s certainly something to keep in mind.

From my perspective this leaves a bit of a limitation to consider. If you’re framing walls (studs/plates/headers), setting trusses or rafters, framing joists, decks and blocking you’ll be in great shape with these framing nailers. However, if you’re doing wall, roof or deck sheathing then there’s a good chance you’ll be dealing with a thermal over-temp shutdown (remember this is a design feature to protect the tool and battery). This doesn’t mean you can’t do sheathing, but you can’t set the world on fire with your amazing speed and expect this nailer to keep going without a shutdown. 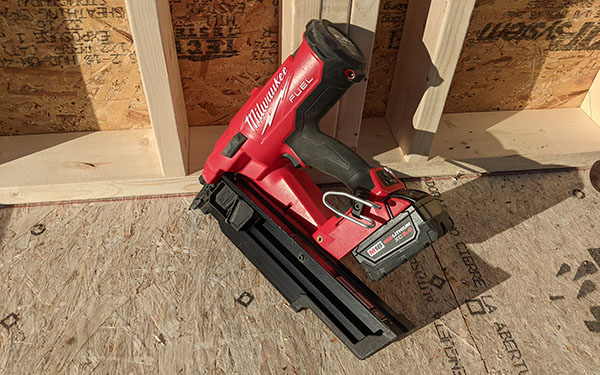 Without a doubt, each of the guys that have used these new framers say they are the best on the market by a long shot when it comes to power and speed. However, there are a few things that we think will bring these to the next level:

We tested this as a kit with one 5 Ah battery pack. This kit costs (at the time of publication) $449. This is a fairly good value when you consider many pneumatic framers cost $200-$250 without a compressor or hose. When you factor those costs in these nailers are pretty reasonable.

These new cordless framing nailers from Milwaukee are easily the best on the market. They are incredibly powerful (easily shoot 3-1/2″ nails fully into engineered lumber) and very fast in bump mode. While we think these are not quite ready to completely make pneumatic framing nailers obsolete, they sure are close. If you’re framing walls, setting trusses, doing truss bracing, framing decks or floor systems these nailers are more than capable and a great upgrade to air nailers. While using them all day doing sheathing may be a problem they certainly will work wonders for small additions and remodeling.

I think every crew should have a cordless framing nailer. If you’re in the market for one these are outstanding.