If I’ve said it once I’ve said it a hundred times, I love buying tools. So when I saw the Milwaukee M18 FUEL SURGE ¼” hex impact driver had come out I had to have it. I’m a self employed electrician since 2013 with no employees and if there’s anything I’ve learned in that time, it’s that tools are what make it possible for me to get things done without calling in the cavalry. So how can an impact driver get better? Everybody has one don’t they? Little do they know, this particular one is a game changer. A soon as I unboxed the SURGE I could tell that this tool lives up to Milwaukee’s goal of disruptive innovation to the smallest detail, like the newly rubber cushioned nose. It’s fashioned with the familiar rubber grip and rubber bumpers at the back, top, and sides. Basically the only metal surfaces are the belt clip, bit holder, and chuck, which is nice when you’re working in a brand new, multi-million dollar home. Couple this with any M18 rubber-bottomed battery, you’ll feel confident not to scratch or dent any surface and it won’t slip and slide away on slanted surfaces.

The M18 FUEL SURGE impact driver has a hydraulic impacting mechanism instead of a traditional mechanical mechanism. This translates into less vibration, less noise, and a smoother experience. This drill can be ordered as a bare tool ($149), with two XC2.0 batteries ($199), and with two XC5.0 batteries ($349). I opted for two XC2.0’s as I would rather the lighter weight. If you’re driving 6” lags into pressure treated lumber all day, the XC5.0’s will be better suited for you. I drive anything from ½” self tapping screws to 3 1/8” GRK wood screws. I use it on and off for these various light to mid duty tasks all day and seem to be charging 1-2 times a week. Every now and then, I drive some lags or Timberloks and even then the XC2.0 gives it enough power. I’ve found that bumping up the battery size doesn’t change the tool’s performance that much as with other Milwaukee tools, just the usable time per charge.

A carpenter was installing some 6” Timberloks with a conventional drill the other day so I ran over with my SURGE with an XC5.0 battery and let him go to town. He didn’t grab his impact because he didn’t want to make a bunch of noise. 20 minutes later he gave it back to me with a huge smile and said, “How is it so quiet? I’m going to have to look into this!”. The tool itself was hot and the battery warm. I checked the fuel gauge on the battery and only one bar had been used. Pretty impressive!

The key selling points on the SURGE are 50% less noise and 3X less vibration. Anyone that gets their hands on it will attest to both. Less noise makes for better jobsite conditions and less vibrations makes for less wear and tear on your body. It appears also that the hydraulic mechanism gets louder as the load increases.

In other words, smaller screw, even less noise. What I found interesting about how the hydraulic mechanism works compared to a conventional mechanical impact is the torque required to start the impacting process.

The M18 FUEL SURGE starts impacting with barely any torque. So what does this mean? It means that you don’t need nearly the same force as a conventional impact to keep from stripping out a screw head. Most of the screws I run into are No2 Phillips head or a combo Phillips/No1 square/flat head (switch and outlet screws), which are notorious for stripping out, so you can see why I find this tool so innovative. On top of that, don’t be afraid to throw a wood boring bit (i.e. Irwin Speedbor Max) in it if you have to pop one or two holes, even up to 1”. From the first time using the M18 FUEL SURGE impact driver to when I put it back in my tool box yesterday, there hasn’t been a single instance where it hasn’t done its job. The diversity of having 4 driving modes combined with the overall smooth and quiet operation makes my day every time I use it.

In the 6 months I’ve had it I let a friend borrow it for two weeks. I couldn’t believe how much I got used to how different this impact driver is compared to its predecessors. With a traditional impact, I found myself bearing down on screws much harder and definitely not liking the extra noise.

The only thing I would add is the option to have a belt hook up higher instead of down by the battery, similar to the M12 version. I had many years of use with an M12 impact driver and being able to grab-and-go off of your belt without having to flip it right side up was pretty handy. Other than that, I can say that if you’re in need of a replacement impact driver, check out the Milwaukee M18 FUEL SURGE! 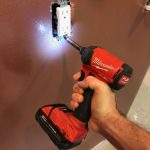 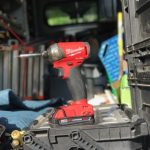 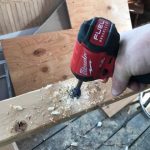