Weight: 3.3 lbs (with battery)
Festool has a reputation for high end, long lasting, and yes, expensive tools. But they’re making a push to make their tools more competitively priced, and putting focus on cordless options for their tools. The backbone of any cordless power tool system is the drill driver, and the impact driver. Impact drivers have only been around for 20 years or so. Relatively recent when it comes to power tools. But they have been a game changer for the speed and torque with which a user can drive fasteners. Impact drivers have become a near necessity on the job site. 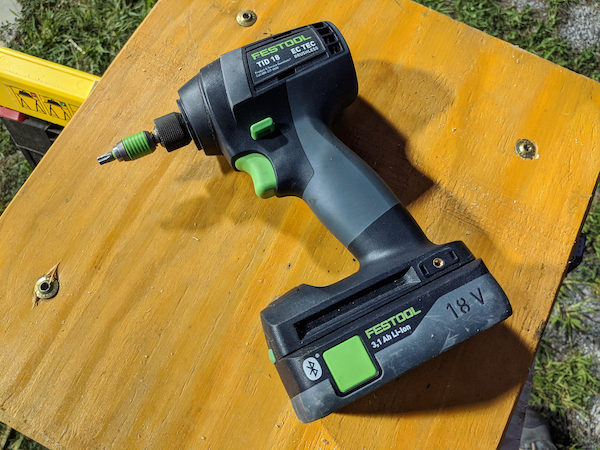 With careful use and adjustable speed settings they can easily drive tiny #4 wood screws and much larger structural wood screws and lags. Recent advances include settings for sheet metal screws that allow the impact driver to spin fast to get the hole self-drilled and then slow down to avoid stripping the fastener or the metal (a common problem when using an impact driver with these screws). Festool hasn’t had an impact driver available in the US market for a number of years. This was a big hole in their cordless offerings which they are filling with the very capable TID-18.

Festool did not mess around when coming to market with their impact driver. This is a fully featured impact driver, with three speed settings and a T-mode that allows driving sheet metal screws without stripping. They opted for a tried and true mechanical mechanism rather than a hydraulic oil impulse driver mechanism. The thought on this design is longevity. The TID-18 boasts a very respectable 1598.9 inch pound of torque and 3200 RPM at max speed.

The TID 18 uses a 1/4″ hex fitting (not Centrotec). The standard 1/4″ hex drive will be compatible with all your existing 1/4″ hex bits and holders.

The TID-18 also includes a belt clip that can be mounted on either side of the tool and excellent magnetic bit storage on each side of the tool just above the battery. These slots can hold 2″ bits or a couple of one inch bits. 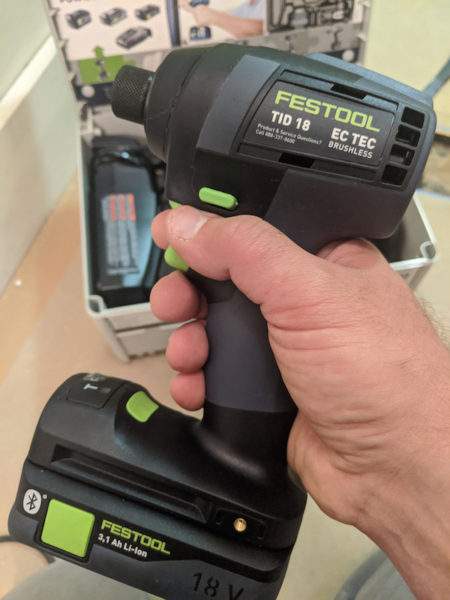 The handle is comfortable and narrower than my usual daily driver, I prefer the handle on the Festool. The controls are straight forward. The chuck allows bits to be inserted one handed and the length and rough knurling make it very easy to grip and remove bits with or without gloves.

The speed change button has a firm feel and is somewhat recessed so it isn’t easily pressed by accident. Forward/reverse switch is large enough to be easy to press but doesn’t get in the way or get accidentally hit and isn’t too sharp or uncomfortable during use.

The battery gauge is easy to see but is only three steps. I much prefer a 4 step where when I get down to one pip I know it’s pretty much time to think about throwing the battery on the charger.

The TID 18 has no problem with finesse work with smaller fasteners. Driving small cabinet hinge screws and other delicate fasteners with very good control. The TID 18 has a very refined feel, the soft start ramps up quickly and smoothly, but the power is there and it will drive large fasteners home with the best of them. When driving larger structural screws the TID 18 seems louder than my usual impact.

I went full Festool cordless when building some concrete slab form work for a small addition. This is not the kind of work most people associate with Festool. But their BHC 18 Rotary Hammer worked beautifully alongside the TID 18. After drilling and driving for around one hundred 1/4″x4″ concrete screws I can say with certainty that these tools are very much up to the task. 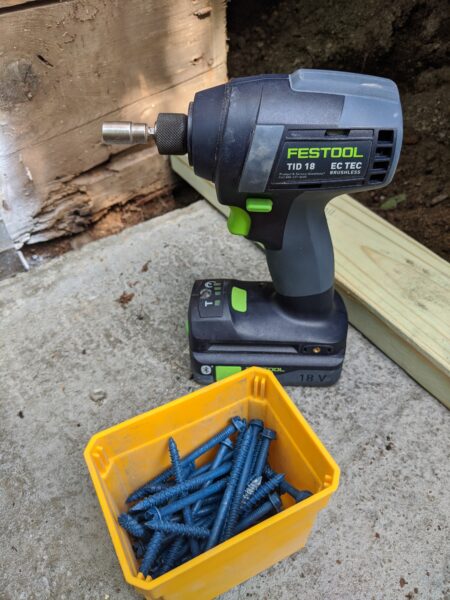 Later on the same addition we needed to attach wood plates and furring strips to the structural steel posts and beams that make up the structure of the addition. The PDC hammer-drill driver made quick work of pre-drilling the 3/8″ to 1/2″ thick steel for Tek screws. And the TID 18 impact driver had absolutely no problem driving #12×2-1/2″ Tek screws. The 3.1 Ah compact batteries provided excellent run time requiring only one battery change per day with heavy use.

The LED light is effective at lighting the area where the screw is being driven and gives the user decent light in most situations. The location of the light (at the bottom of the handle near the speed controls) has advantages and disadvantages. This location allows the LED to light up an area easily but is limited in really tight spaces as the light can be blocked by obstructions. So far this has only been an issue when driving screws into a stud set back a few inches into a 2×3 wall. 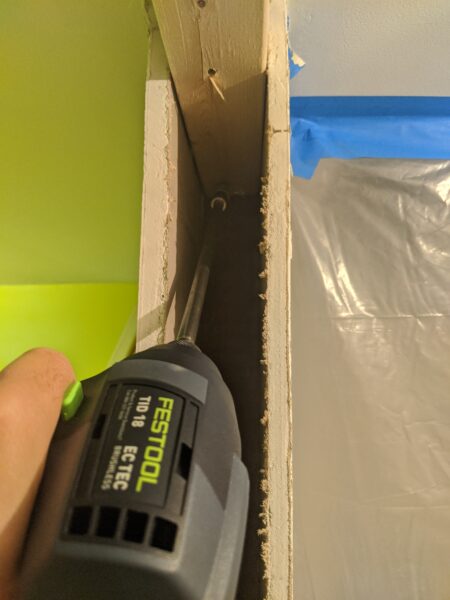 About the first thing a lot of people say when they hear “Festool” is “Too expensive!” but you need to consider not just the initial cost but overall value. With Festool you are getting a tool that is designed and built to last. Tools that are built to last are going to cost more. Festool goes so far as to wind their own electric motors and to boot was the first company to offer brushless motors on their tools. They’ve been doing this years longer than anyone else. With Festool you’re also getting one of the best case/toolbox systems currently available with nearly every tool they make. Well designed cases and accessories that can make you and your storage and organization more efficient. You’re not just getting a tool you’re investing in an organization system. The Systainer 3 that the TID-18 comes in is compatible with Tanos’ new rack storage system and all the previous generations of Systainers. 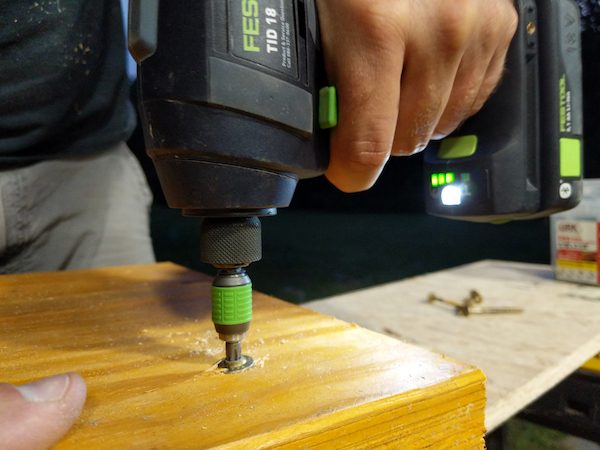 The TID-18 has all the features of a fully featured impact driver and the advantage of an excellent warranty, a great case system, and Festool quality. If you’re already a Festool user and need an impact driver you don’t need to hesitate, this is an excellent tool. If you’re new to Festool cordless and want start your system, this is a great entry into Festool. 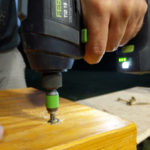 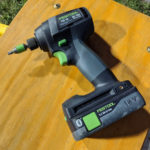 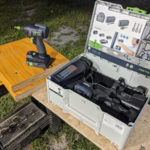 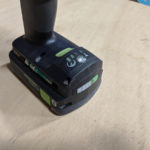 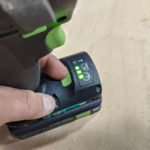 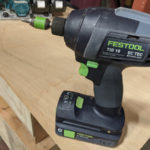 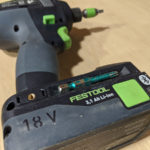 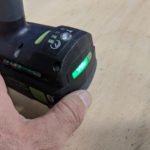 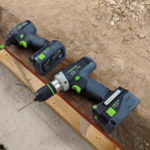 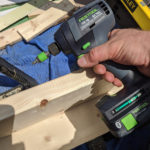 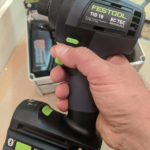 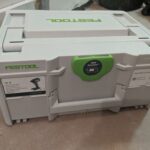 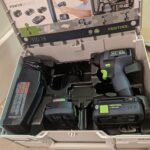 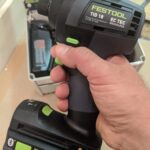 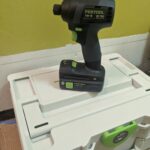 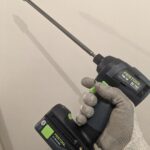 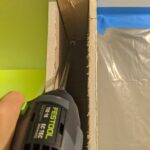 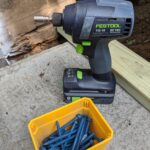