Weight: 3.97
Drill drivers are an important tool in the modern carpenter/craftsperson toolbox. As a result, the Festool Festool T18+3 E cordless drill kit came out, I was very interested to put it through its paces. Festool owns a brand reputation for high-end quality and performance and I wondered how this basic drill driver would deliver on its reputation.

While not in the same league as the TID-18, the Festool T18+3 E Cordless Drill nevertheless surprised me and ‘punched above its weight class’. It is a solid high-quality performer.

When Mercedes Benz came out with its recent lower-cost C-Class automobiles, I thought they would be a disappointment in how a premier manufacturer designs and builds a less expensive car. I thought that – up until the time that I actually drove one. The C Class had all of the traits, appointments, and feel of a larger and more expensive Mercedes model. In this case, I had a similar experience with the Festool 18 +3.

The torque and rpm numbers are smaller than other drill drivers, the 18 +3 gets the job done – and gets it done well.

The T18 +3 E has a new generation EC-TEC motor. The initials stand for Electronically Commutated – TEChnology. This set of electronics monitor the tool operating temperature, the battery level, and power output to provide optimal performance and to keep the tool from damage. 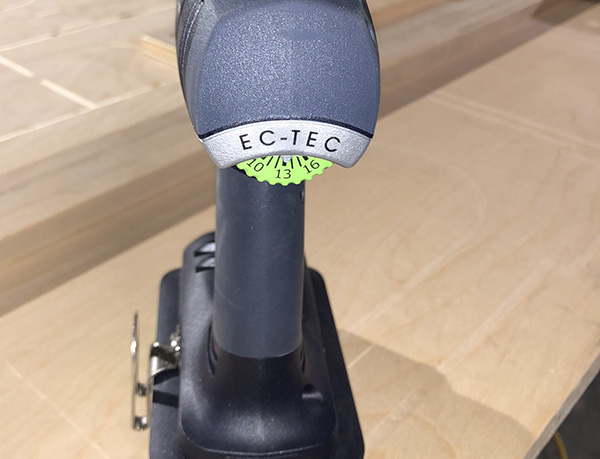 The EC-TEC controls are also the key to the 18 +3’s clutch system. This system is 100% electronic and extremely precise in delivering the right amount of torque to the fastener. The tool needs to be in the drive position and an adjustable dial at the rear of the tool controls the torque delivery. When the torque limit is reached, the electronic clutch simply stops the drill and the tool produces an audible beep. I set very small fasteners in wood and aluminum at the low end of the setting with no overdriving. On the other end of the adjustment, I drove 6” Timberlocks with no problem. I also made multiple 1 9/16” holes in doubled up CDX plywood with a self-feeding speed boring bit.

The top of the tool has two controls. The most forward control is for the two-speed gearbox selector. This is a slide switch and has positive feedback when the user flips from one setting to the other. The switch is activated in a front-to-back motion and the switch itself has a large detent in it for a user’s thumb during activation. The switch also carries the “1” or “2” designation that makes it easy to know which position you have selected. 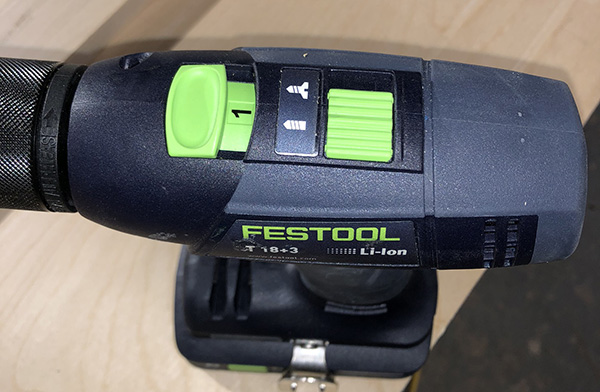 The second control is a selector that puts the T18 +3 E into either a drill mode or a driver mode. This switch is engaged from side to side to select the appropriate mode. This selector too has a solid feel to it and the user knows when the mode is changed. It takes a bit of force to move from one setting to the next and I like that positive switch feel. The tool body has a graphic representation of wither a screw or a drill bit to let the user know the selected position. 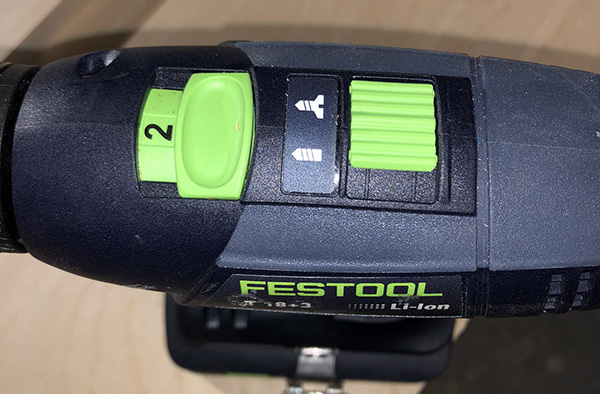 As is the case with many of the Festool line, the manufacturer makes the user controls with a bright green color to make it easy to find the tool adjustment and usage locations.

The trigger has a forward/reverse control switch that the user switches from side to side for the selection.

From an ergonomic point of view, the T18 +3 E is all Festool. The grip has a complete overmold of rubber on the handle and it fits well within my hand. I used this tool for several hours for hours without feeling any hard edges or discomfort. I also like the position of the clutch adjustment at the rear of the tool. It was easy to change without shifting my grip and easy enough to change with my thumb. I like that placement better than the barrel location that I have on the other drill driver I use.

Festool provided an LED light just above the trigger and it is bright enough to highlight the work area. It illuminates with the operation of the trigger. 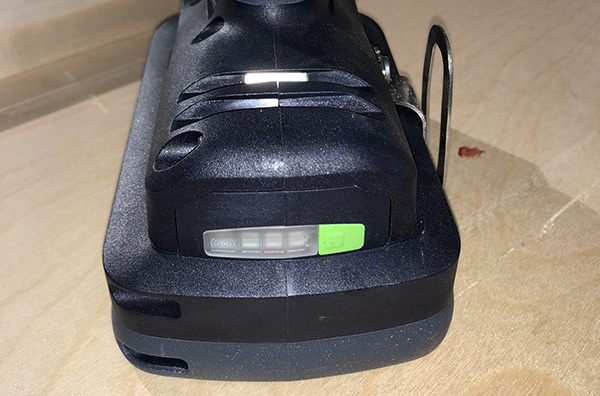 I noticed that the 18v 4.0 amp-hr. battery packs had Bluetooth symbols on them. I was curious if there were any Festool apps to control the tool settings.  A little research led me to the answer about the Bluetooth capabilities. The Bluetooth battery AIRSTREAM capability will automatically start up Bluetooth enabled Festool dust extraction equipment. While that is not a feature that I can currently use, users with the right Festool equipment will find that feature convenient. 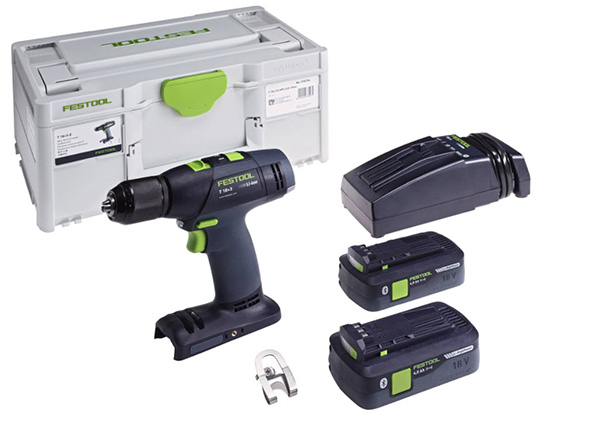 The cordless screwdriver and battery pack are completely covered with the comprehensive services of Festool SERVICE, as described, below.

The Purchaser is entitled to a free extended warranty (1 year + 2 years = 3 years) on a new Festool power tool purchased from an authorized retailer. Festool shall be responsible for all shipping costs during the first year of the warranty. During the second and third year of the warranty, the customer is responsible for shipping the tool to Festool. Festool will pay for return shipping to the customer using UPS Ground Service. All warranty service is valid 3 years from the date of purchase on your receipt or invoice.

Having a drill driver that can provide precise control for torque delivered to a fastener is an important consideration for me. The EC-TEC motor and controls deliver that capability and make the T18 +3 E a tool that I will reach for on a daily basis. 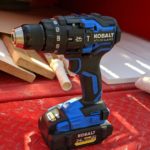