We recently had the privilege of attending the World of Concrete 2020 show. It’s held every year in either January or the first week of February and it includes all things in the fields of concrete and masonry. This show is so huge that it takes up the entire Las Vegas Convention Center including the outdoor lots. The biggest draw it seems is always the tool manufacturers including DEWALT tools. Here are the highlights from this year’s DEWALT tools booth. 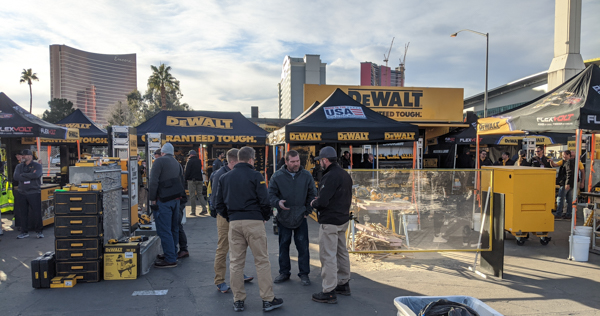 Toughest of the Tough

The first thing we checked out at the DEWALT Tools booth was the Tough System 2.0 with the biggest update being latches. Latches on the front, latches on the side, and latches on top. 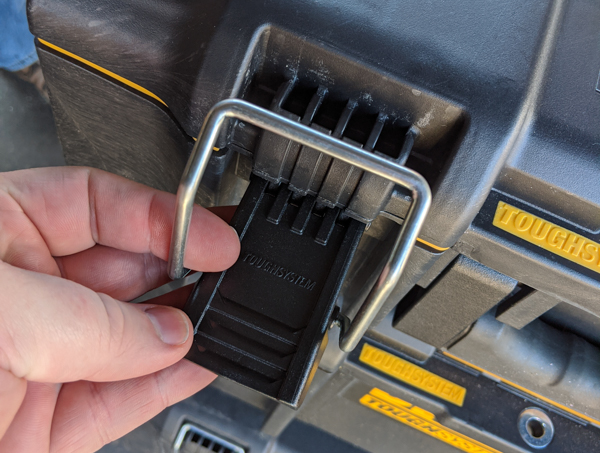 First, the stamped steel latches from the original tough system have been replaced with a much beefier injection molded piece that has a much more positive and robust feel. 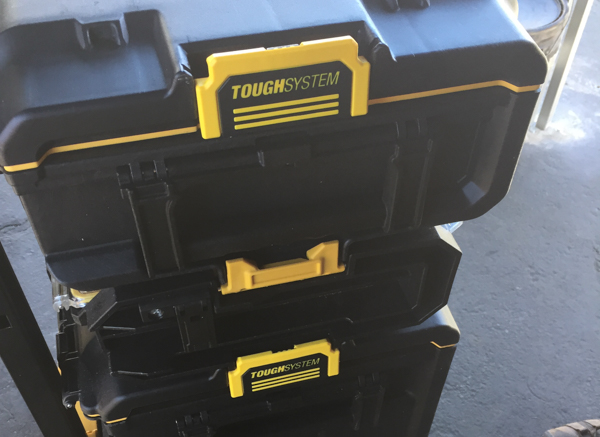 Second, the side latches have been updated as well. The new latches feature a quick connect design that allows them to automatically snap into place when a case is set into them. What’s awesome though is that they are fully compatible with the original tough system cases. An old case can be put anywhere into the stack, it’s fantastic backwards compatibility. 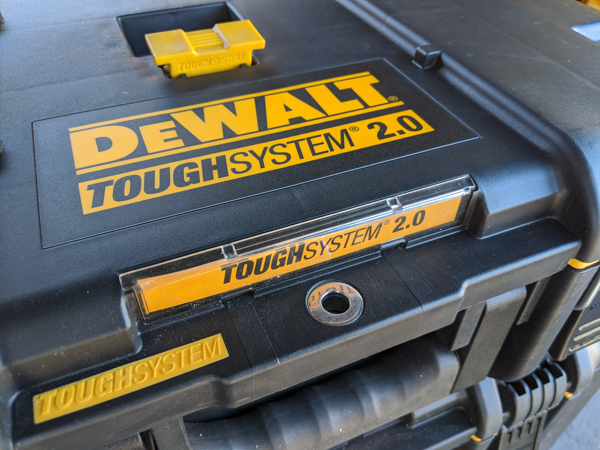 Third, DEWALT added a little pop-up T latch on the lids of the new boxes. This allows the new half size organizers to click into place.

DEWALT Tough System 2.0 is keeping the good parts of the first iteration and fixing the things that needed fixing. And the best part is that it’s completely backwards compatible. These updates are coming Q2 of 2020.

Rounding Out the Team 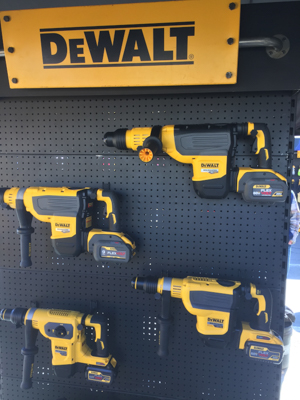 DEWALT had 3 cordless SDS Max rotary hammers in the FlexVolt system but there was a small hole in the middle of the lineup. At World of Concrete we were introduced to the newest member of the DEWALT tools FlexVolt SDS Max family, the 1-3/4″ DCH614. When Ricky (the product manager) starting showing off the tool and telling us how much effort and thought went into this new tool, a quote from Iron Man 3 ran through my head…

What makes this tool great is that it fits in the “goldilocks zone” of the lineup. It has the capacity of taking care of most contractor needs while still be affordably priced. It’s quick stats are 10.5 joules of impact energy, 380 rpm, ~15 lbs, 1-second sync wireless tool control, and optimized for 5/8″ through 1-1/4″ holes. Coming in at $899 kitted and $599 bare, DEWALT now has SDS Max hammers at $799, 899, 999, and 1099 so a contractor is sure to find a tool that makes the most sense for their work. 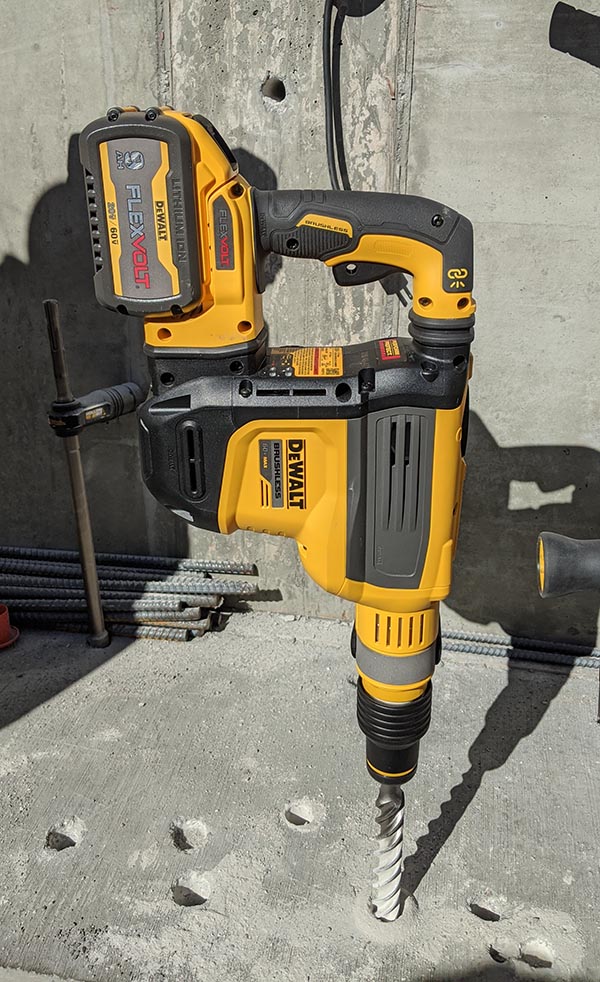 Other Notables from DEWALT Tools

The SDS Max hammer wasn’t the only cool thing we saw in FlexVolt though. The new cordless pipe threader was there along with the new inline stud and joist drill. The S&J drill comes in a regular or quick chuck. We also got try out the FlexVolt Mixer/Drill. While this tool isn’t that new, it’s the first we got to try it and it has some power. If you have to mix up bag mix concrete, thinset, drywall mud, SLC, etc.,  check this drill out. It can mix up to nine, 5 gal pails of concrete per charge on a 6 ah battery. The biggest introduction though was the new 12 amp fast charger, the DCB1112. It can charge the largest battery DEWALT makes, a 12 Ah FlexVolt battery, in one hour. That means that any of the rest of their battery sizes will charge in much less time than that.

They had a few other things that were new but it’s hard to fit them all into one summary article. If there’s something you saw in our social feeds or other avenues that you think are useful and noteworthy, let us know in the comments.

Note: Coverage of the World of Concrete booth was sponsored by DEWALT.