Weight: 3.5
The first drill I bought was a combo kit of a cordless DeWalt impact driver and drill driver. Both are brushed and I still use them today, they’re workhorses. The impact driver is my day to day impact driver. The drill driver is my go-to for any pre-drilling tasks on decking or cabinetry. The two main disadvantages of the drill driver are that it doesn’t have a hammer drill function and the 3 Ah battery that came in the kit doesn’t provide me enough battery life for longer tasks, like pre-drilling holes for fasteners on an entire deck. 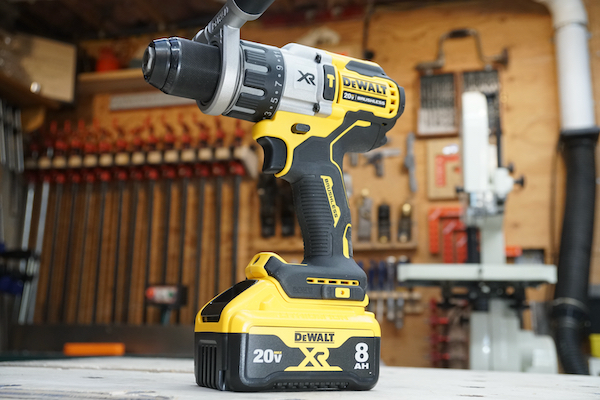 Cordless tools have become a staple on the job site across all trades, but especially carpentry. They make life easier in many ways by eliminating the hassle of tangled cords or the need to run extension cords across areas where people walk. Cordless tools allow you to take the tool to the work much more easily than a corded tool.

However, an intrinsic pitfall of any cordless tool is that you are fully dependent on the life of the battery with which you power your tool. How frustrating is it to grab a tool only to find the battery is dead (blame the cold, the last guy who used your tool, or your negligence to recharge the battery)?

DEWALT’s new line of cordless and brushless tools with Power Detect™ tool technology offers a solution to this common dilemma. 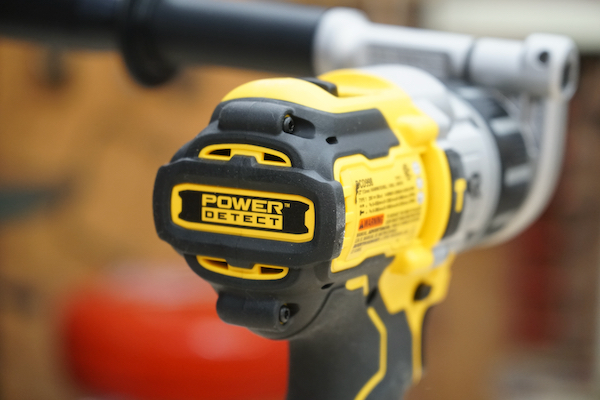 The new Power DetectTM battery technology from DeWalt recognizes the type of battery that the tool is using and adjusts the tool’s output according to the battery in use. All tools with the Power DetectTM technology are compatible with 20V Max, including the new 8 Ah battery, and FlexVolt batteries.

The DEWALT Power Detect Hammer Drill/Drill Driver DCD 998W1  offers 29% more power when paired with the new 20V MAX* 8Ah battery. What this means for me as a carpenter is that I can grab this tool from my truck, bring it to my work, and complete even the longest task with confidence that this one battery is going to last. It’s the little time savers that add up over the course of an entire project. And it should go without mentioning that it’s just more fun to use a tool when you don’t have to worry about its battery life. 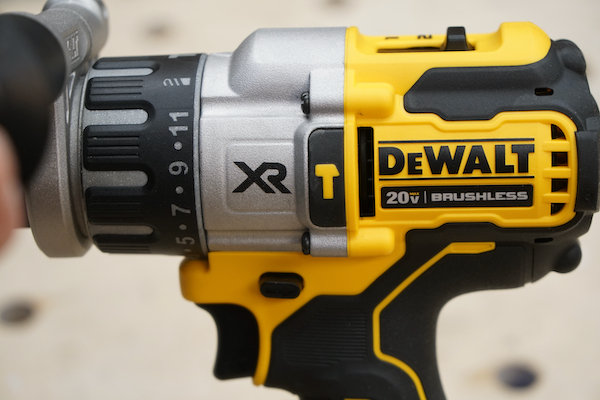 The DeWalt DCD 998W1 Hammer Drill and Driver has a 3-speed, all-metal transmission with 11 clutch settings. It runs off DeWalt’s 20V MAX battery system so you have the option of running your other batteries, although I highly doubt you will have to with the new 20V MAX XR® 8Ah battery.

Another useful feature on the DEWALT Power Detect Hammer Drill/Drill Driver DCD 998W1 is the 3 mode LED work light. With 2 brightness settings and an additional 20-minute extended work light setting, this hammer drill allows you to work in all conditions. 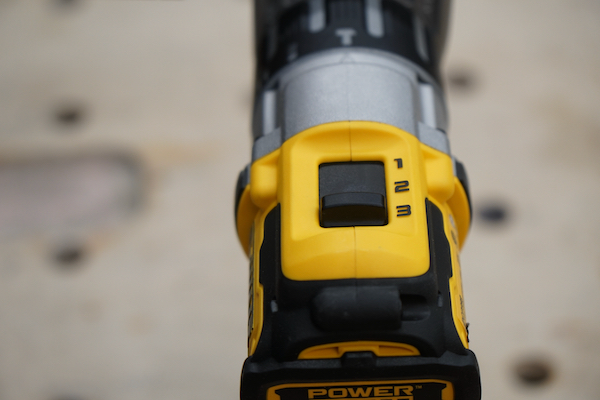 I recently used this Hammer drill during a sill repair job we did on an old timber frame house. The 10 x 10 solid old-growth oak sill was the original sill of the house. The density of this sill plate made it extremely difficult to remove, even in small pieces. Once we hogged out most of the material using reciprocating saws, we were left with a few sections that had heating pipes embedded in the sill. 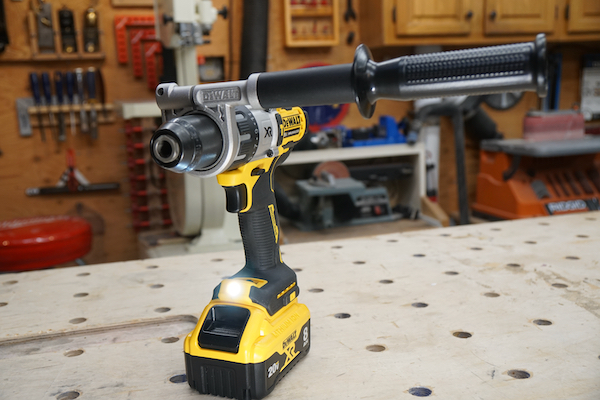 While it weighs in at 3.5lbs without the battery, it feels extremely well balanced with an 8ah battery which adds another 2lbs. Coupled with well-balanced weight distribution, the handle ergonomics of the DCD 998 Hammer Drill make it extremely comfortable to use. Additionally, the side handle gives you more control during heavy-duty drilling operations. 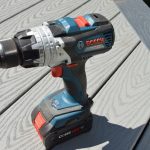 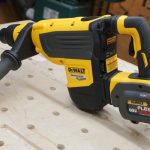 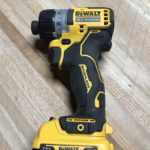 Dave Brefini has always been drawn to carpentry since he was a young kid but did not work in the trade until January 2019. Prior to this, he spent 8 years working as a Spanish teacher both at the university and high school level. As a teacher in both private and public schools, he noticed that the trades were rarely presented to students as a viable career path. His decision to begin a career in carpentry was based on both a deep interest in the craft and a passion to promote the trade to young people.

All posts by Dave »