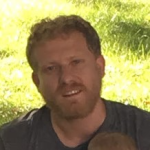 Carpenter / Remodeler / DesignerMichael Wall is a self-employed carpenter, remodeler, and designer from Andover, MA. In addition to a career in the trades Michael previously worked as a designer at various engineers firms in the Boston metro area designing tools and prototypes for the medical and solar industries, utilizing CADD. This computer and design knowledge has translated well and Michael is well versed in architectural design software. Computer skills aside he still loves, and spends most of his time in the field, getting his hands dirty on the latest tools. In 2009 he caught the remodeling bug and has since worked for both renovation contractors and builders of new homes. Michael is an Eagle Scout and avid outdoorsman, skier and hiker.

All posts by Mike 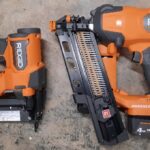 RIDGID 18V Brushless 18GA Brad and 21° Framing Nail Guns (Models: R09891B & R09894) We recently got the chance to test out a couple of RIDGID 18V Nail Guns, the RIDGID 18V Brad Nail Gun with clean drive technology and the 21º Framing Nailer. Cordless nail guns have been on the market for some time […] 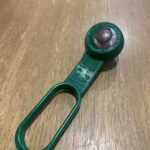